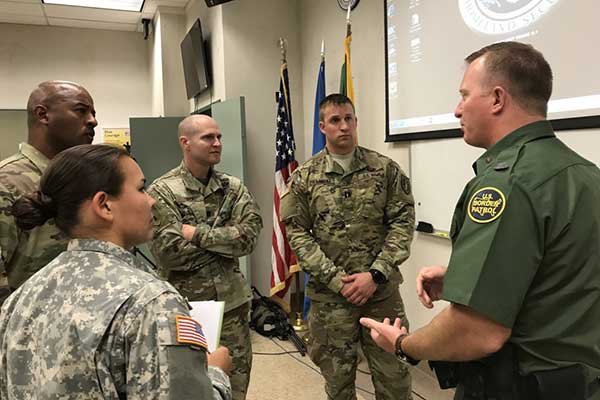 Since the operation began in April, 491 volunteer National Guard members are now assigned to the Office of Field Operations nationwide including 40 at the Port of Nogales.

During the tour, Specialist Kimberly Burdick, a Guardsman from Wisconsin, said she wasn’t sure what to expect when she arrived, but was greeted by a welcoming Office of Field Operations who immediately made her feel like a valued member of the team.

“This is all about teamwork,” said Burdick, “What we’re doing here is important and it feels good to be a part of this mission protecting the U.S.”

Operation Guardian Support has proven a success along the Southwest Border, with National Guard personnel deployed to areas of Arizona, California, New Mexico, and Texas.

U.S. Customs and Border Protection has a decades-long successful partnership with the Department of Defense and its National Guard.