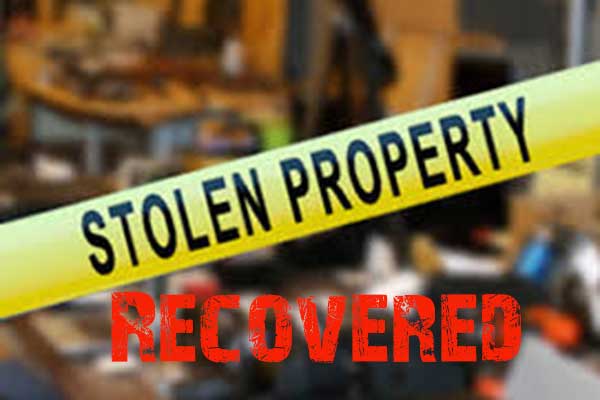 Safford – Authorities were quick to find a large list of items that were taken from a house on Relation Street in Safford. The home owners had reportedly moved out of the house in August, but the majority of their belongings were still in the house.

When police arrived, a woman who identified herself as one of the residents said that neither she nor her husband had been there for about a week. She said that when she went to the house on Tuesday, October 9, 2018, she discovered that a lot of their property was missing.

As the missing items were inventoried, the initial estimate for the stolen property was $2500.00. According to the police report, there were items scattered about and appeared to have been rummaged through. The woman told authorities that their belongings had been placed in plastic totes. Some of the totes were missing and the items in the other totes had been removed and thrown around.

Later in his shift, the investigating officer received a call from Firing Pin Gun and Pawn stating that the homeowner had come in and described some swords that a man had brought the previous day trying to sell. Authorities were given the name and phone number of the man who was trying to sell the swords. When police contacted the man, he claimed he had found the swords and was planning to sell them at a swap meet.

Police contacted the man at his residence and inquired about the swords. The man was apparently slow to remember the incident, but then claimed he got the swords out of the Graham Shadows Trailer Park a while ago. The man told authorities that the swords were still in his vehicle and offered to show them to the officer. As the man was retrieving the swords, the officer noticed some plastic totes containing board games and other items that appeared to have come from the house that was burglarized. The man initially claimed that the games belonged to his kids, but the officer told him the items looked like property taken from the house he was investigating.

When confronted with this information, the man said that a friend had told him about a house that was in foreclosure and the property left behind was going to be thrown away. He claimed that when he went to the house, it was already trashed so he thought the information he received was credible. He said that he had gone to the house the previous Monday and took the stuff.

The man was slow to remember all of the property he had taken and had to be told several times that he needed to return all the property. As police identified visible items they believed had come from the house, the man admitted that he had taken them.

Authorities retrieved a total of three truck loads and two trailer loads of property that had been taken from the house.

Charges in the case are pending.