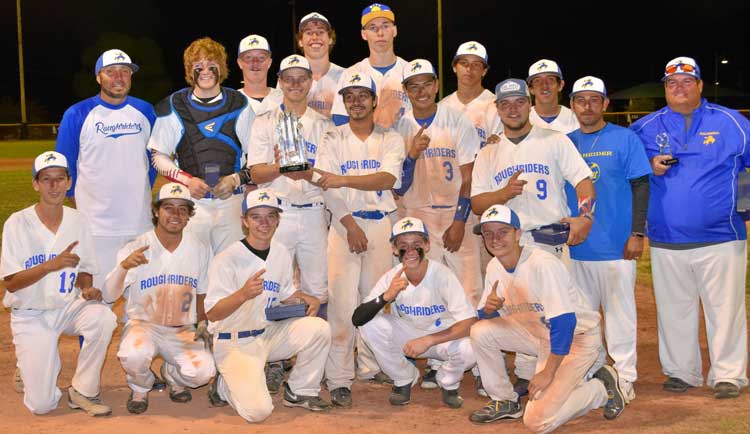 “Put me in, coach I’m ready to play,” is a line from the chorus penned by John Fogerty for his 1985 release “Centerfield.” It has become a staple at baseball games.

The line exudes confidence in one’s ability and preparation. It was exactly what the Pima Roughriders displayed during the three-day Morenci Lions Club’s 39th annual Baseball Tournament ending April 22. All games were played in Francis Waldorf Stadium.

‘We didn’t let errors bother us, we tried to stay positive,’ concurred the three senior Roughriders. That was the difference between the 2017 Roughriders and those participating in the previous 31 meets.

“We did not compound errors,” said Pima head coach Greg Cooper. “We brushed them off.”

Pima had a 3-1 three-innings advantage, committed three errors in the next two innings, which allowed three runs, and trailed by one heading into the bottom of the sixth.

It was then that the white jersey-clad boys wrote their own page in the school’s baseball program history. Pima came back to score five runs and hold the Thatcher Eagles scoreless, resulting in an 8-4 win and the first-ever meet title for the Graham County team. 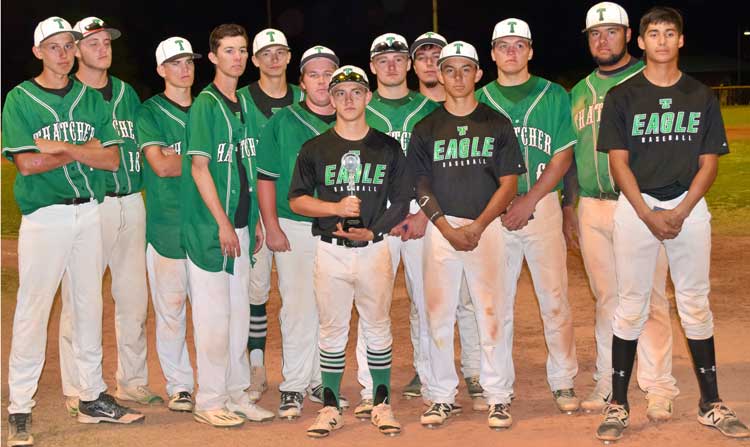 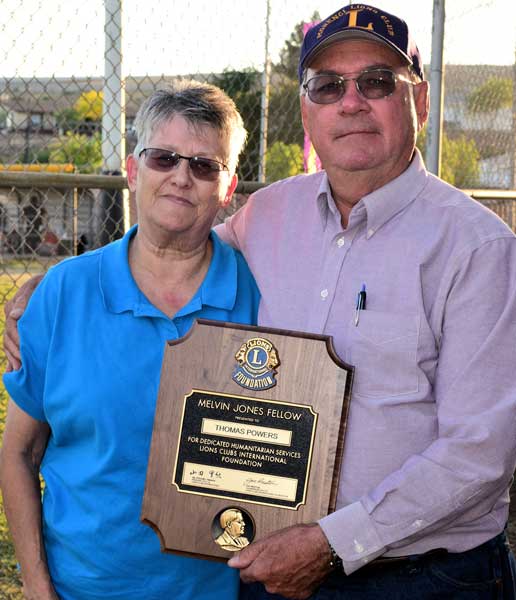 Photo By Raymundo Frasquillo: Morenci Lion Tom Powers, with wife, Glenda, at his side, received the Melvin Jones Fellow award from the international foundation for dedicated humanitarian services.

On the mound, James struck out eight, walked three and beaned one plus yielded six hits while facing 33 batters during 6 2/3 innings. Freshman reliever Jesus Hernandez threw a lone pitch while facing one batter during 1/3 inning.

Pima (3-0) qualified for its initial championship game by scoring three seventh-inning runs against Safford for a 5-4 opening game win Thursday and a 13-6 five-innings semifinal win over Miami Friday.

Thatcher (2-1) reached its 13th final via wins of 7-6 over Willcox Thursday and 8-3 over Morenci Friday.

Morenci ousted Safford 7-4 in six innings Saturday afternoon and concluded the first day of the meet with a 9-3 win over Heber Mogollon.

Additionally, Nelson was the recipient of the Robert Sotelo Sportsmanship Award and James the Daniel Lopez Memorial MVP Award. 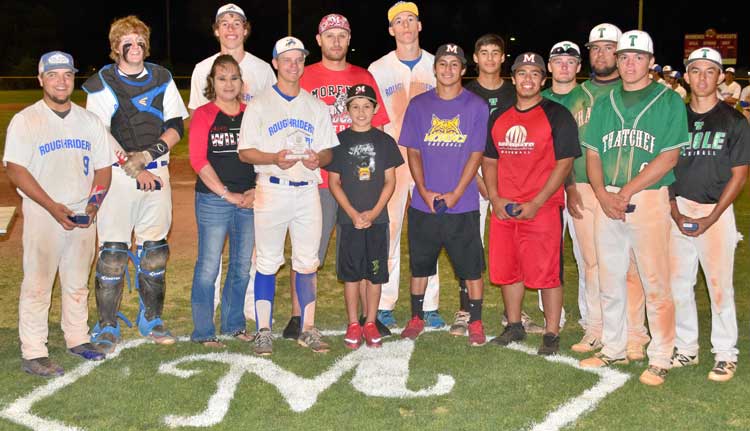 The baseball tournament is the Morenci Lions Club’s largest fundraiser of the year. The service group provides a venue to make dreams come true, not only for the participants and spectators, but for those needing aid with vision problems in Greenlee County. A week-long camp for special needs youngsters ages seven and up is also financed by the group. All proceeds from this athletic meet go towards that end.

There have been 17 meets with an out-of-state entrant. The Golden State, the Land of Enchantment, and the Sooner State have been represented.

The officials calling the games all volunteer their skills and abilities for the meet. 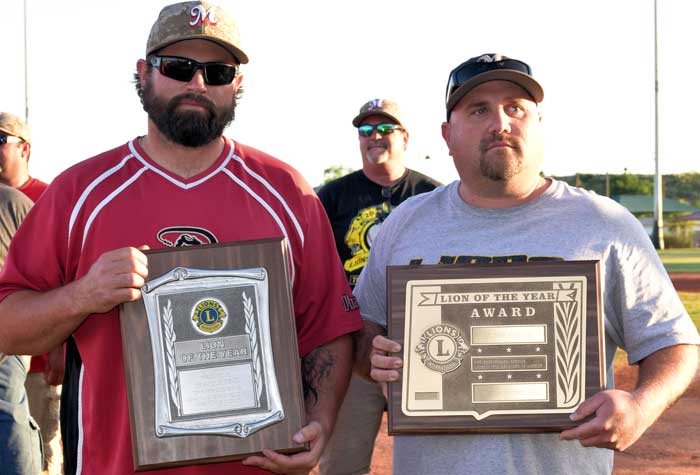 Photo By Raymundo Frasquillo: Bryan Burkhead and Michael Basteen were the Morenci Club’s Lion of the Year award winners.