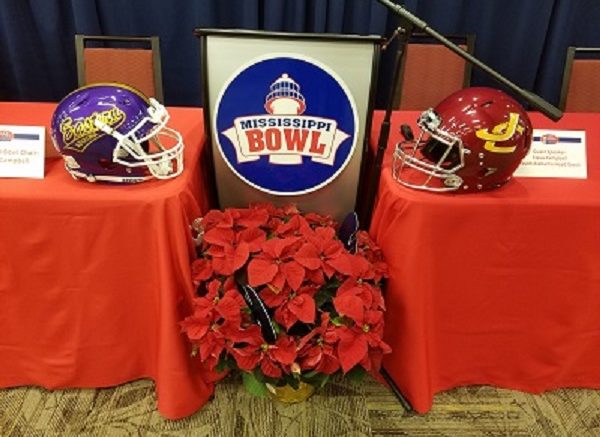 I’m excited to be able to share the behind the scenes stories and photos of Eastern Arizona College’s trip to Mississippi to participate in the 2019 Mississippi Bowl, or as they call it here Mississippi Bowl XI. That is 11 for all of you non Roman Numeral fans.

It’s not easy getting an entire football team from Thatcher, Arizona to the Magnolia State. The journey started on Thursday morning for the first group of players. They boarded a 7am flight from Tucson to New Orleans and arrived around noon on Thursday afternoon. The second group, the one I am traveling with, left Tucson at 3:30pm on Thursday with a layover in Los Angeles, before heading to New Orleans. 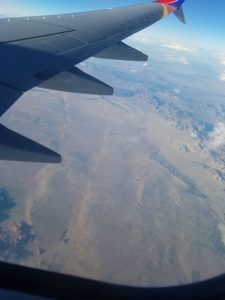 The football group made up nearly half of the passengers on the plan to LA making it a nice roomy flight. We landed in a huge rain storm which I believe is the same storm that hit the Gila Valley two nights ago. The storm caused about a 30 minute delay at LAX before we were airborne again en route to New Orleans. The flight landed around 11:30pm in Louisiana and when we arrived at baggage claim, we realized that our bags were soaking wet from the storm in California, apparently they weren’t covered while sitting in the baggage carts on the tarmac. As you can imagine, that is the last thing you think about after traveling for 6 hours but we lugged our rain soaked luggage to the awaiting van and we embarked on the 32 mile drive across Lake Pontchartrain to Slidell where we would stay for the night.

Both groups had successfully arrived in Louisiana after a long day of travel and were able to get some much needed rest.

After what seemed like only a blink of an eye, the alarm went of signaling the start of the second day of the trip. After an above average breakfast at the hotel, the team was off to practice at Lakeshore High School in St. Tammany Parish, Louisiana. This area was completely underwater in excess of 16 feet after Hurricane Katrina in 2005 and it was a little surreal to me to see places you had seen on TV during the coverage of that event.

The team was able to stretch their legs a bit and get a good work out in that jumped up a level when the LSU coaching staff made an appearance to scout a couple of the Gila Monster players before loading back up and heading to lunch. At this point the team made their way back into Slidell but I head to Mississippi with the athletic trainers, which will be my group for the remainder of the trip. We headed to lunch in Gulfport and found a highly rated restaurant overlooking the Gulf of Mexico.

After lunch we stopped on the beach and waded around in the ocean just to say that we had our feet in the Gulf of Mexico. It was much colder than I anticipated but it was a blast until we saw Jellyfish and this Arizona kid was out of the water and ready for the next hotel. We took the short drive and checked in at around 2:30pm to our home for the next two nights and unpacked our wet clothes from our suitcases and luckily the hotel had a guest laundry room for us to use and all was better in the world. 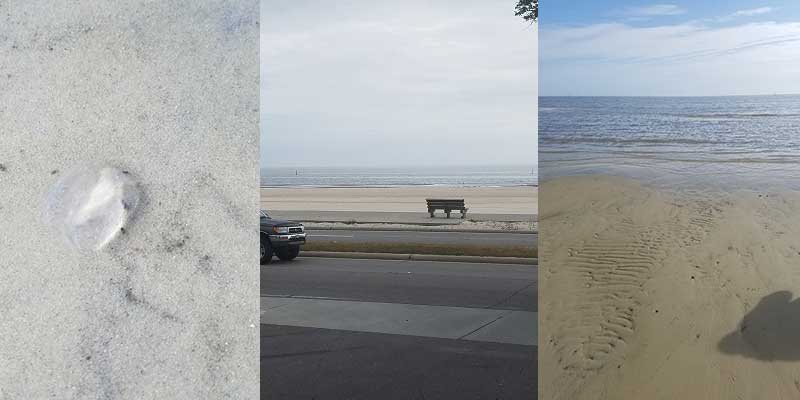 The Gulf of Mexico. The image on the left shows a jellyfish on the beach.

At 6pm we headed to the banquet center on the campus of Gulf Coast Community College for the Kickoff Banquet. It was a very nicely planned event with gorgeous decorations and great food. The most surprising part to me was each team was presented with a check of $10,000 from the Bowl Committee for being selected to play in this game. After dinner each player from both teams was gifted a Mississippi Bowl watch. 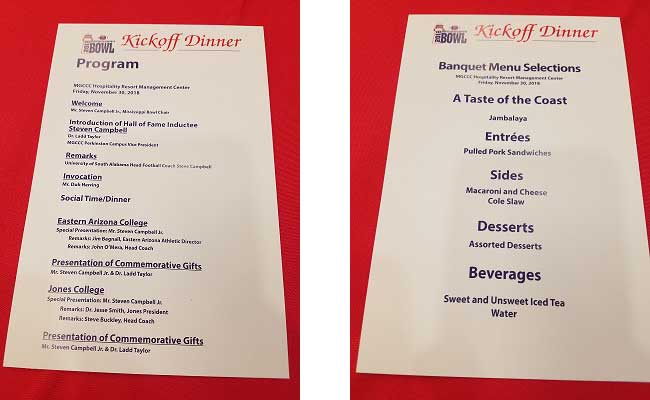 After the banquet is was back to the hotel to catch up on much needed sleep. So far this experience has far exceeded any expectations I had coming into this week. Day 3 will be full of practice and a visit to the Armed Forces Retirement Home. That update will come soon.