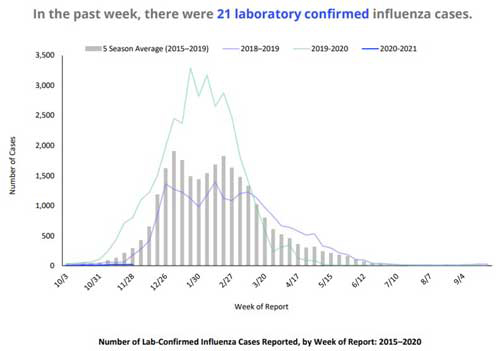 SAFFORD — While COVID-19 numbers continue to climb, things look good when it comes to the flu in the Gila Valley.

There have only been two cases of influenza in Graham County this flu season, and none since the middle of November.

Graham County typically sees most of its cases between the start of December and the end of February, with the peak occurring mid-January.

Statewide, there have been 117 cases of flu thus far, with 21 laboratory-confirmed cases last week. That’s up 17 percent from the previous week, but down 93 percent from the same time last year.