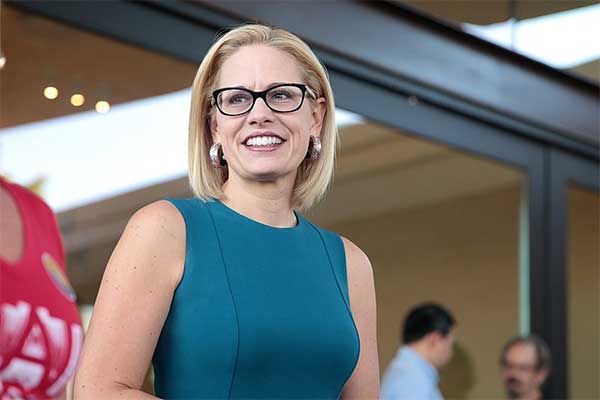 WASHINGTON D.C — New polling released Tuesday by Data For Progress finds that Arizona voters from across the political spectrum are displeased overall with Senator Kyrsten Sinema’s performance as Senator.

The poll, which ​​surveyed 574 likely voters in the Grand Canyon State, shows that Sinema’s approval rating amongst constituents is extremely weak when stacked up against fellow Arizona Senator Mark Kelly and President Joe Biden. In fact, Sinema fails to achieve majority favorables with any party, including her own. Overall, only 44% of voters in Arizona approve of Sinema, compared to 50% of voters that approve of Biden and Kelly. Among Democrats, Sinema’s approval is at 54%, compared to Biden and Kelly that enjoy 94% and 85% approval, respectively.

he results also reveal that the vast majority of likely Democratic primary voters in Arizona (66%) would support a primary challenger to Sinema who is committed to getting rid of the Senate filibuster, an instrument seen by many Democrats as a significant obstacle to enacting President Biden’s agenda.

The results of the poll in their entirety, including methodology, can be found online here.
About Data for Progress

Data for Progress is a progressive think tank and polling firm, which arms movements with data-driven tools to fight for a more equitable future. DFP provides polling, data-based messaging, and policy generation for the progressive movement, and advises campaigns and candidates with the tools they need to win. DFP polling is regularly cited by The New York Times, The Washington Post, MSNBC, CBS News, and hundreds of other trusted news organizations.