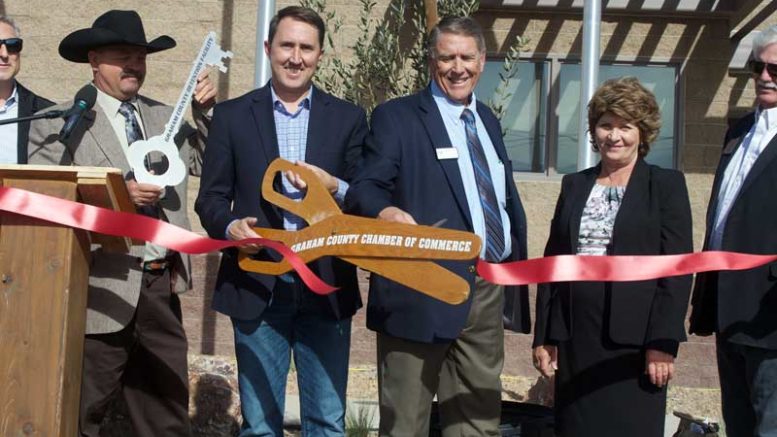 GRAHAM COUNTY – If you build it, they will come; some just have less say in the matter.

After more than 16 years of effort, the new Graham County Sheriff’s Office and Detention Facility have come to fruition.

Jon Johnson Photo/Gila Valley Central: The new detention facility and sheriff’s office is a diamond in the desert.

Law enforcement officials from throughout the state toured the facility Monday morning, while dignitaries held a ribbon cutting and opened the doors to the general public to see just where their tax dollars went that afternoon.

Ten out of Arizona’s 15 counties sent representatives from their county’s jail or sheriff’s office and five other sheriffs joined Graham County Sheriff P.J. Allred for the tour.

Navajo County Sheriff K.C. Clark said he was “extremely happy” for the citizens of Graham County.

“This is a beautiful facility and well-deserved,” Clark said. 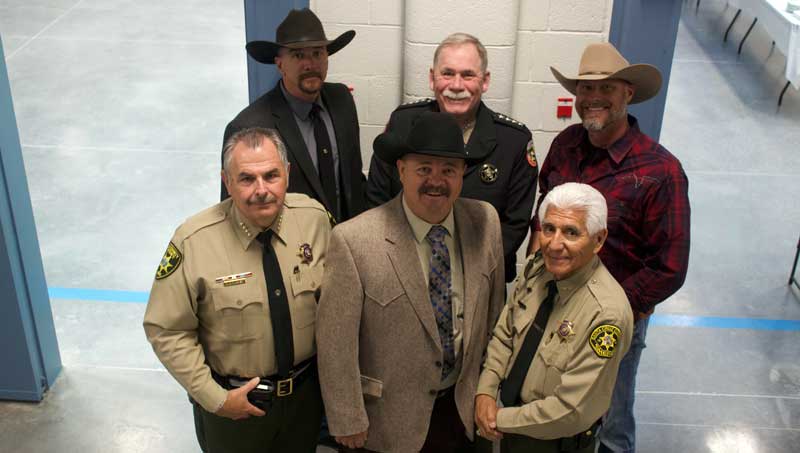 “You’ve got a very nice facility here,” Pima County Sheriff Mark Napier said. “I think it’s remarkable that so many sheriffs turned out to support our fellow sheriff up here in Graham County. It speaks well of the bond that the sheriffs have in our state right now.” 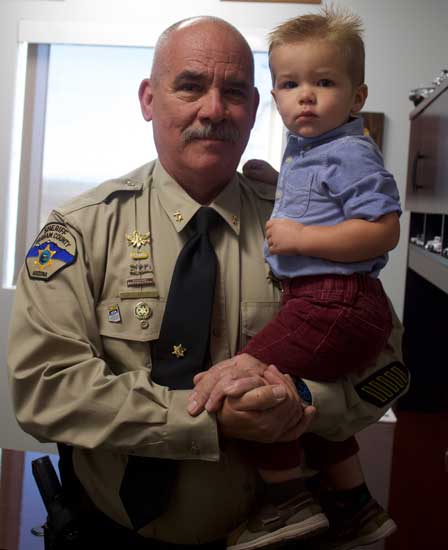 Jail Commander Tim Graver said the project came in more than $600,000 under budget and that the building is constitutionally correct, unlike the current jail. The center took 17 months to construct, and inmates are expected to start being transported to the new facility within the next two weeks.

The new facility replaces the old jail, which was built in the 1930s to serve as the garage and maintenance shop for the National Guard Armory vehicles.

Former Graham County Supervisor and current State Rep. Drew John R-Safford, was on hand for the ribbon cutting and lamented that the two major projects he wanted to complete while in the county government was the Eighth Avenue Bridge and building a new jail. Now, ironically, one travels over the Eighth Avenue Bridge to get to the new jail located near the “Y” intersection of Safford/Bryce Road, Eighth Avenue and Airport Road. 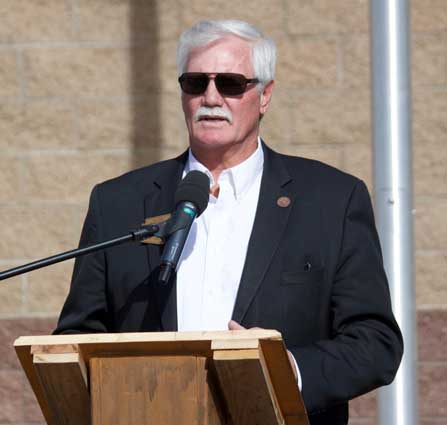 “I am so proud of this valley,” Drew John said. “We saw a need that had to happen (and) we all supported this new jail. This is key for this valley.”

While the jail’s purpose is to house inmates either awaiting a resolution to cases or those ordered for a short stay, it also has multiple facilities to assist the inmates, including classroom facilities with a smart board and a medical room complete with a laboratory, pharmacy, lockdown room for contagions and exam rooms. The medical facility area drew a lot of compliments from visiting jail authorities from other counties, who marveled at the facility. 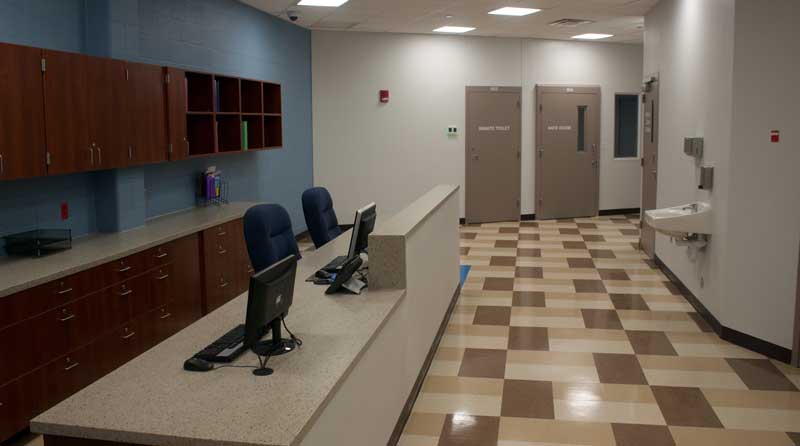 Also greatly improved is the center’s kitchen area, laundry area and also has its own courtroom.

The new facility was designed by DLR Group, and the contractor was Okland Construction, of Tempe. It is an automated, electronic system with multiple guard control pads overseeing separate housing units and will sport up to 174 surveillance cameras (compared to the current jail’s 39) and will feature a 120-minute assault door that can be shut at the press of a button in case of a riot. Currently, 60 cameras were in use when Gila Valley Central toured the facility, with outside cameras so precise they could zoom all the way to Eastern Arizona College to see what time it was on the clock tower. 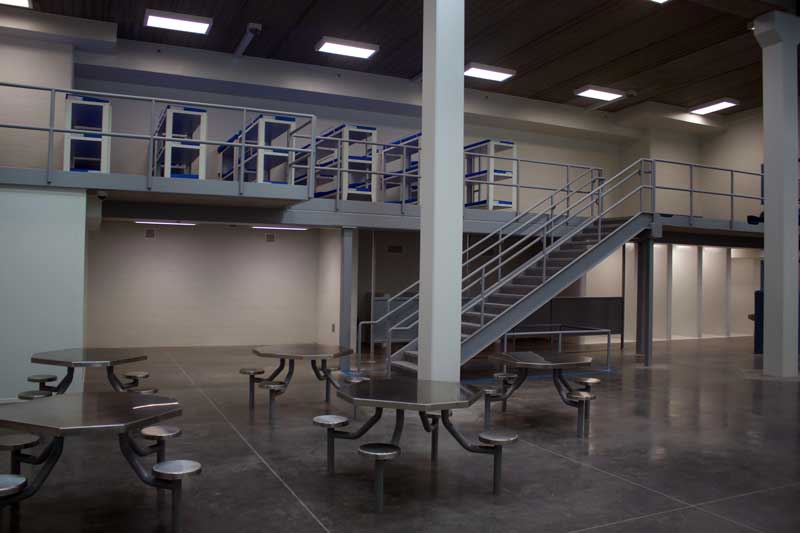 Jon Johnson Photo/Gila Valley Central: This is how one of the dormitory housing units looks.

With a large, central hallway extending the length of the secure jail side, the facility is less labor intensive regarding the movement of prisoners to one area to the next, such as checking out a prisoner for a medical appointment or heading to an education class.

Currently situated to house 300 inmates, the detention center will be taking inmates from outside of Graham County as yet another means of revenue. U.S. Marshal David Gonzales told Gila Valley Central that he intends to bring some of his inmates serving short sentences to the facility.

“If they’re short-term, there’s no reason to send them to a federal facility around the country,” Gonzales said. “Why not just keep them here locally?” 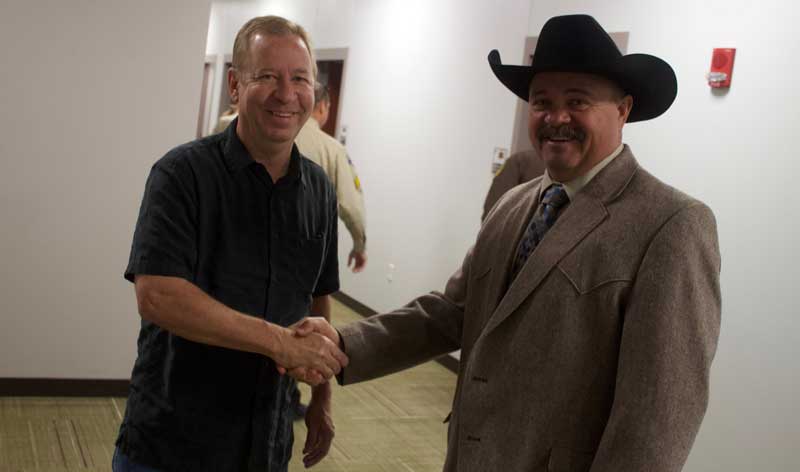 When speaking to the crowd, Gonzales said the new facility is much more than just a jail.

“This is definitely not a cage,” Gonzales said. “It’s going to be a humane place. I have been in the old jail and that truly was a jail. This building will set the tone not only for the fine men and women of the Graham County Sheriff’s department – safer for them – but also for the people (who) come here.” 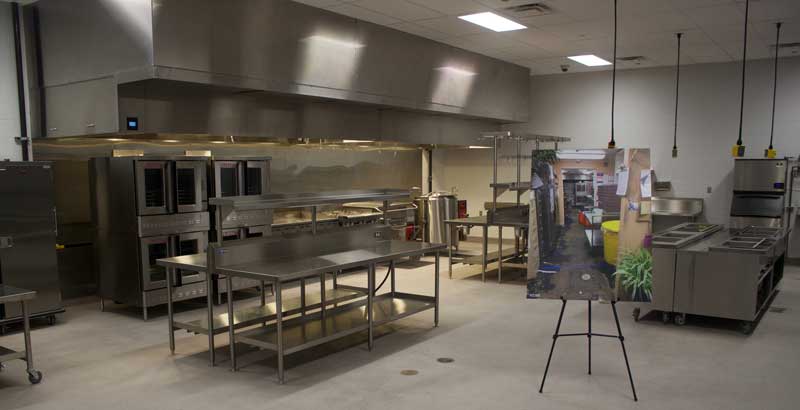 In addition to the features and housing units of the secure jail side, the new facility also serves as home for the Graham County Sheriff’s Office and features a variety of amenities for its staff and the public. 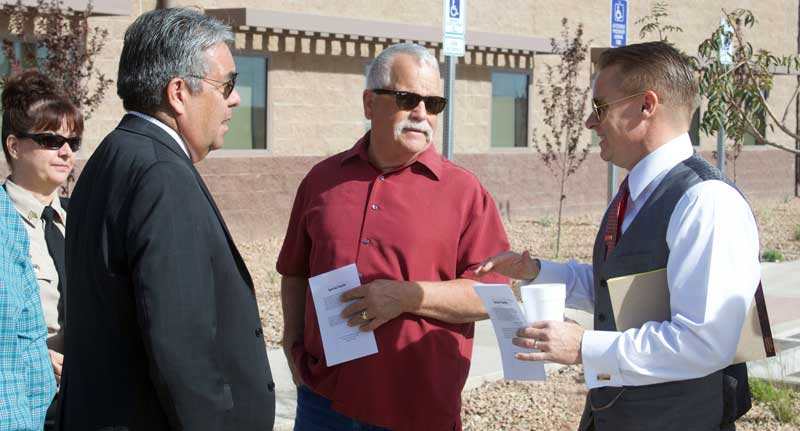 The facility has its own courtroom, where inmates can be adjudicated in person by a judge or by video. The courtroom can also be utilized for church services and other uses when the court is not in session.

Attorneys visiting incarcerated clients will have an easy time of it as two brand new attorney visitation rooms are situated off the main entrance to the facility. Next to that are eight stations for public visitations, which will all be done via television screens. That way even those in maximum security can have a visit with no trouble. 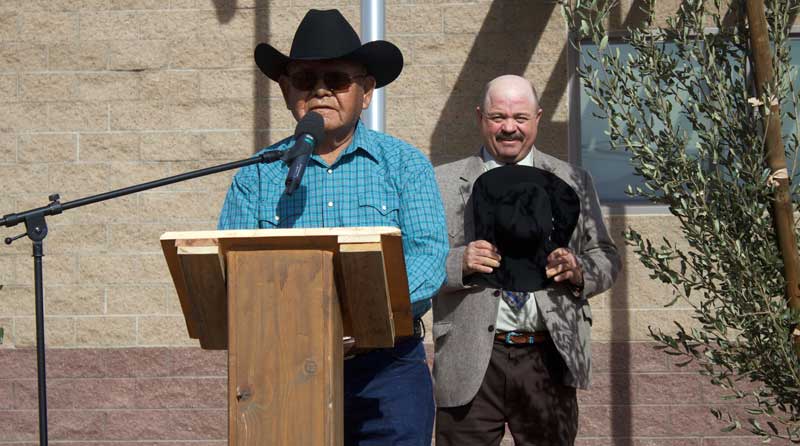 The old clock in cards are a thing of the past as well as staff will now have their thumbprints scanned upon arrival and when leaving to sign in an out for the day and be issued their keys. 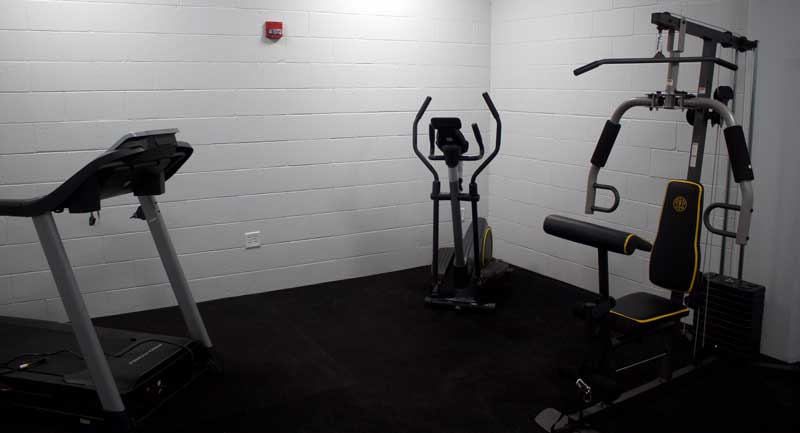 Larry Smith of DLR Group presented an oversized “key” to the facility to the contractor, who then gave it to Graham County Supervisor Chairman Danny Smith, who then, in turn, gave it to Sheriff Allred.

Both Allred and Graver thanked the public for their support for the new facility and said it would not only be a safer place for the detention officers but also for the inmates.

“The facility is much more safe and secure for them (officers) and for the inmates as well,” Allred said. “We are responsible for the inmates who reside in our facility from the time they walk through our door. We have to take the best possible care of these inmates as we possibly can. With this facility right here, we will be able to do those things that we’ve been tasked to handle at a much easier rate . . .” 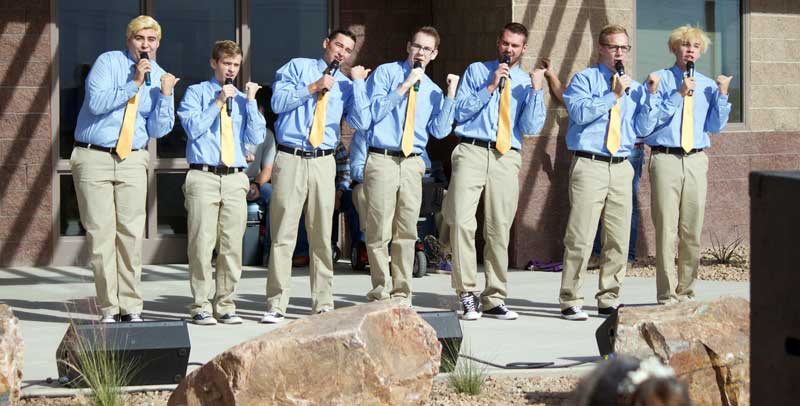