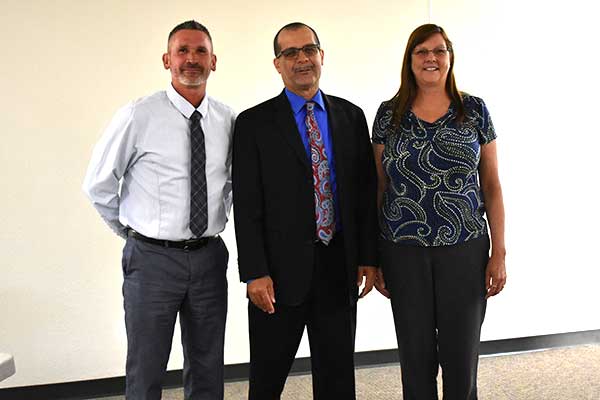 The city council discussed a request to organize an employee advisory committee. The idea was suggested by Mayor Jason Kouts, who told the council of other communities that had such committees.

Mayor Kouts read from the City of Mesa’s Personnel Appeals Board code:

Mayor Kouts suggested that the committee should be made up of city employees to act as an appeals board of sorts for city workers who have grievances, or who want to appeal a decision made by a supervisor.

Currently, city employees can appeal to the City Manager. The proposed appeals board would create an intermediary committee that would then make recommendations to the city manager.

Councilman Steve McGaughey expressed a concern that such a committee would create an added burden on supervisors and the Human Resources Department. Councilman Chris Taylor suggested that the proposed group should be an employee advisory committee instead of an appeals board.

After discussion the council agreed that the proposed committee should be researched and discussed further.

Safford Police Chief, Joe Brugman, made a presentation about a possible city ordinance that would prohibit distracted driving. Chief Brugman began by pointing out that the state of Arizona is one of two or three states that do not have laws for distracted driving.

Brugman told the council that distracted driving is anything that takes the driver’s attention away from the road. To put things into perspective, he pointed out that:

Brugman said that the proposed ordinance would be concerned with hand-held devices. He explained that typical ordinances of this type state that a handheld mobile telephone and portable electronic device means a wireless communication device that is designed to engage in calls, receive and transmit text, image messages and data and requires being held in one hand. Examples include: mobile phones, mp3 players, GPS units and gaming devices.

Brugman told the council that they estimate there have been about 100 accidents in the city in the last six months involving a distracted driver.

Chief Brugman listed cities and counties in the state that have such an ordinance:

The council requested that Chief Brugman consult with other law enforcement agencies in the area and try to come up an ordinance that would be adopted by the county and other communities in the area.