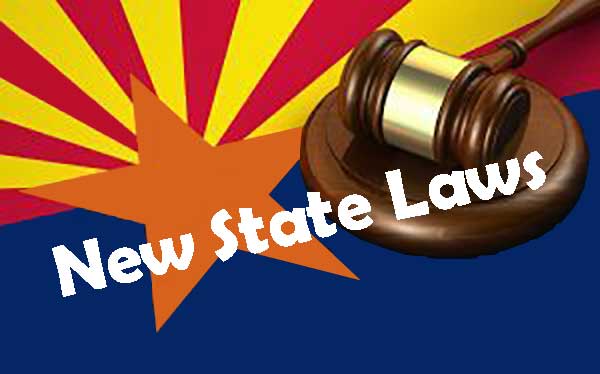 During the 2018 legislative session, 346 bills were signed into law and 23 were vetoed. Most of the bills are small changes to existing statutes that don’t have much impact. Here are a few of the more interesting state laws:

Fake Service Animals
HB – 2588 makes it illegal to misrepresent a pet as a service animal, punishable by a $250 fine.

Notice of breach of data
HB 2154 – requires businesses or organizations that own confidential customer data to notify people if their data is breached. Affected individuals must be notified within 45 days after the breach is discovered.

Marriage age restrictions
HB 2006 – prohibits marriage for children under the age of 16. Prior to this law, Arizona did not have a minimum age for marriage. The bill allows children ages 16 and 17 to marry someone no more than three years older with parental consent, or if they are legally emancipated.

Official State Dinosaur
SB 1517 – designates the Sonorasaurus as the official state dinosaur. The species was discovered in southern Arizona. It got its name from amateur fossil hunters that found the only know specimen in the Sonoran Desert in 1994.