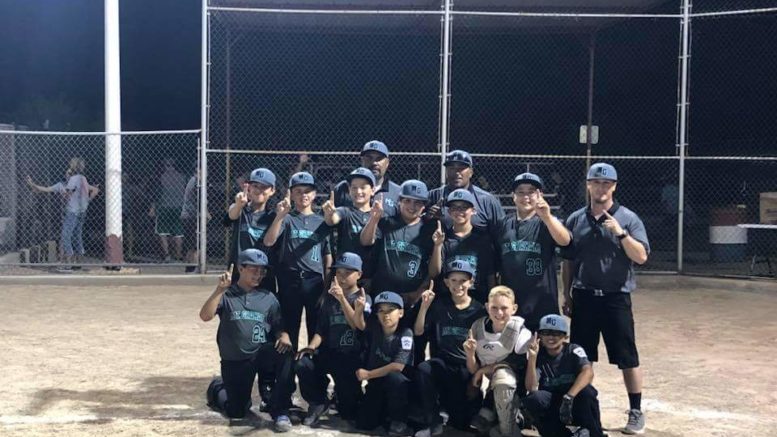 It took only 4 innings for the 9-11 year old Mt. Graham All-Stars to pound out 26 runs in a mercy ruled 26-10 win over Pinal Mountain Little League. With the win MGLL moves onto the State Tournament that starts July 14th in Mesa at Fiesta Park at and is hosted by District 14. MGLL will be represent District 11 in the tournament.

MGLL swept Pinal Mountain in a best of 3 series at the Graham County Fairgrounds.

The tournament brackets have been posted at MGLL will open up the tournament on July 16th at 5:45pm again the District 6 winner. D6 consists of teams from North Scottsdale and Paradise Valley.

The MGLL Major All-Stars lost 4-3 to Hayden  and the 8-10 year olds will be in action tonight in Kearny.