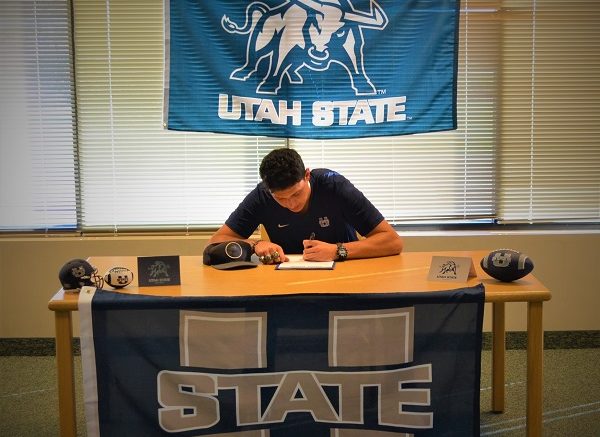 Motes originally committed to Utah State in June of 2018 to then head coach Matt Wells and his staff. Wells left Logan in December and accepted the job at Texas Tech. “I was a little nervous when I heard that Coach Wells left, I didn’t know if I still had a scholarship offer or not,” said Motes.

His anxiety was calmed in April when he and his family were invited to Logan to meet Gary Anderson and his new staff and he was assured his scholarship was still on the table.

“I had some teams contact me late but they weren’t going to hold my scholarship until I got back from my mission, said Motes. “Utah State does that on a regular basis and it was a big reason I picked them”

Motes is the second Thatcher Eagle to sign a deferred football scholarship from the 3-peat championship teams. Riley Morris signed with Southern Utah in February. The two have played football together since their Pop Warner years. 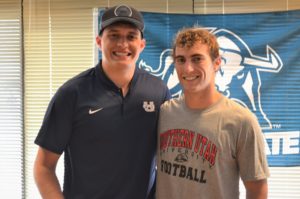 Cole Motes(left) and Riley Morris will both play football after their missions.