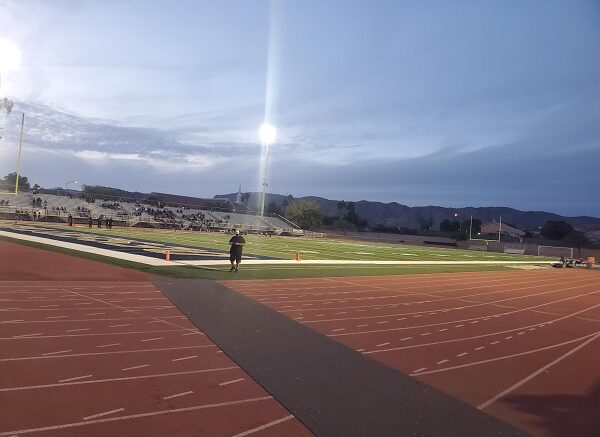 AHWATUKEE — The Morenci Wildcat defense set the tone on the opening drive of Saturday’s 2A State Semi-Final at Desert Vista High School, forcing Parker to punt deep in their own territory. The snap was low and the Wildcats recovered on the Broncs 15-yard line. Four plays later, the Cats took a 6-0 lead and never looked back.

Morenci’s offense rushed for 228 yards including two scores from Mikey Casillas and another from Derek Saenz. Quarterback Daylen Johnson threw two touchdowns as well, both to Tony Roybal.

They will face Arizona Lutheran, who scored 20 unanswered points in the second half to beat Benson in the other semi-final on Saturday, 20-7.

The Coyotes lost to Benson in last year’s semi-finals. They last played for a state championship in 2007. Arizona Lutheran is looking for their first ever state football championship.

The game can be heard in the Gila Valley on KATO 1230 AM or online for free by clicking here.