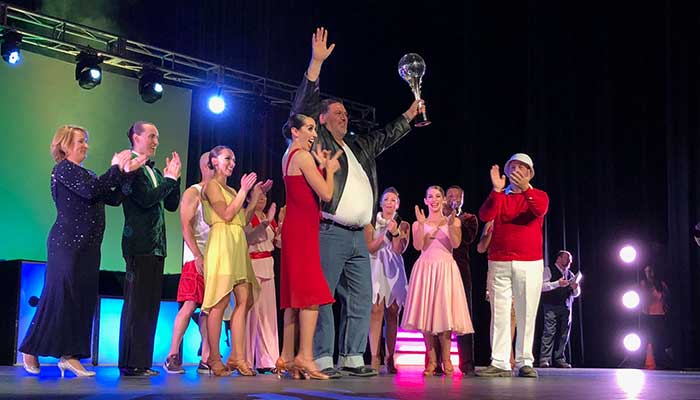 Safford – The second annual, “Dancing with the Gila Valley Stars,” took the stage at the David M. Player Center for the Arts Saturday night. Dorothy Stinson School principal, Michael Moreno, took the trophy for dancing the swing to the theme song from “Happy Days.” 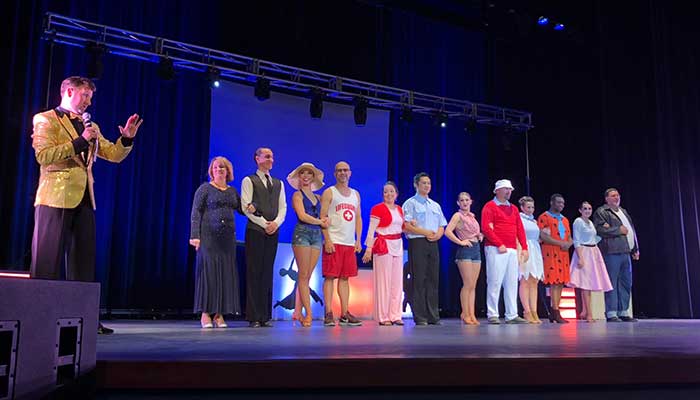 This year’s show was based on television shows and the contestants dressed the part of the TV show theme that they danced to. The contestants raised money for a charity of their choice, and raised nearly $5,000. Jenna Ferrin won the award for raising the most money. Her charity was the Ronald McDonald House in Tucson. 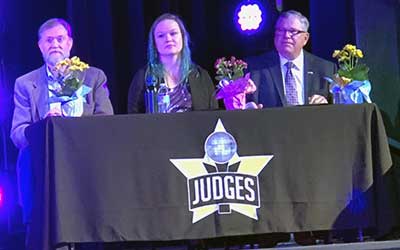 Judges for this year’s competition were David Bell, Mikayla Cope and Joe Goodman. While the judges scored the dancers on their performances, it was the audience votes that decided the winner of the competition.

During the intermission, the audience cast their votes and submitted them in the lobby. Charitable donations were also being accepted in the lobby. After intermission the professional dancers performed seven dances, all with TV or movie themes, ending with a dance to the theme song from the movie, “Footloose.”

Shane Hawkins was the runner up, for his portrayal of Gilligan and polka performance. The M.C. for the show said the difference between first and second place was a matter of seven votes. Other than winning the competition, Michael Moreno had another reason to celebrate: It was his birthday.