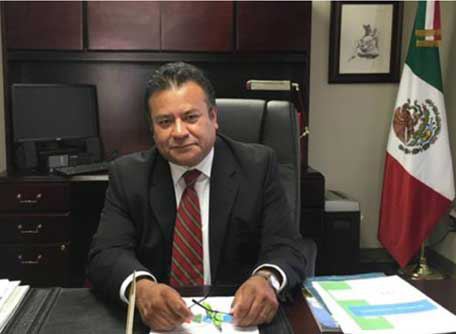 THATCHER — Numerous dignitaries have been making their way to Eastern Arizona College over the past few weeks.

He said he is dedicating his efforts on improving relations between the U.S. and Mexico, and specifically between Arizona and Sonora.

“Just looking at Douglas, 60 percent of the produce the U.S. consumes comes through the Mariposa (Land) Port of Entry in Douglas. Sixty percent,” Albarran said.

He also talked about more cooperation involving community colleges, as well as exploiting the workforce ready to address the needs of American companies.