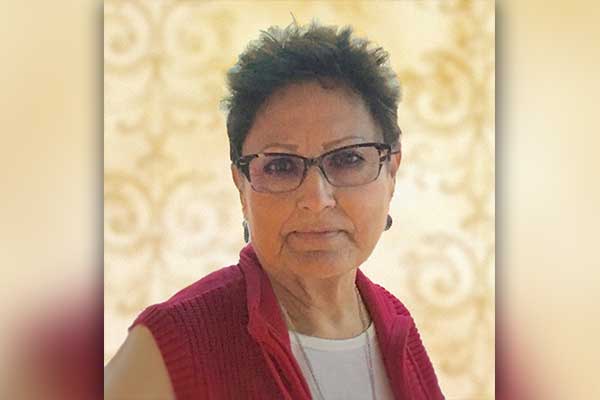 After a hard-fought battle with cancer, Mercy Rivera of Thatcher passed away peacefully with her family by her side on Monday, June 8th in Mesa, AZ.

Mercy was born September 24, 1946, to Rosario Ramirez and Beatriz De La Torre Ramirez in Douglas, AZ, and was raised in Pirtleville, AZ. She was the youngest in a family of eight and was very close to her brothers and sisters. Mercy worked as a licensed practical nurse (LPN) for 35 years retiring in 2003.

Mercy married Bob Rivera on May 23, 1970. They lived in Bisbee, AZ before settling in Thatcher. There, Mercy and Bob lived and raised their three daughters; Renee (Tom), Diana (Kevin), and Andrea (Paul). Mercy was a devoted wife, mother, Nana, sister, and friend. She enjoyed cooking for her family and friends, decorating, crafting, and traveling. Mercy was a very spiritual person and was deeply involved in volunteer services within the Catholic Church and community. She will be dearly missed by her family, friends, and all who knew her.

A private Rosary and prayer vigil will be recited on Saturday, June 20th at 10:00 a.m. at St. Rose of Lima Catholic Church with a Mass of the Resurrection by Rev. Nicodemus Shaghel to follow. Committal will proceed in the Thatcher Cemetery.

Due to the private ceremony, those who would like to attend the services via Facebook Live can join on Vining Funeral Home’s Facebook page, https://www.facebook.com/viningfuneral/, Saturday morning, June 20, 2020, beginning at 10:00 a.m.

In lieu of flowers, the family is suggesting donations in Mercy’s memory to Donor Network of Arizona. https://www.dnaz.org/about-us/make-a-contribution/

The Rivera Family wishes to express their sincere appreciation for the sympathy, comforting words, prayers and all expressions of kindness and concern. May God bless you all.