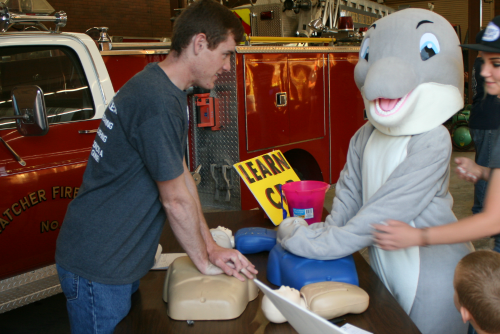 On Friday, May thirteenth, the Gila Valley drowning prevention awareness coalition put on a mayday drowning event. The event was hosted by the Thatcher fire department, and started at five in the afternoon and lasted until seven. There were signups for CPR re-certification classes along with raffles and anti-drowning information. Also, there was a car seat check station for parents to come and have their child’s car seat examined to make sure that it was not out of date or ill-fitting to its passenger. 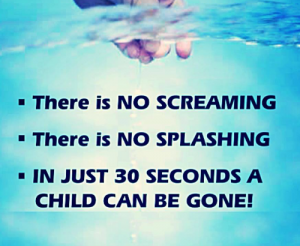 The kids had the most fun at the event. There was a pool filled with water, cotton candy for sale, and games a plenty. Water balloons were filled and thrown, and a dunk tank was at the ready for whoever was brave enough to sit on the throne. Each child was gifted a free balloon wand at the front door. Later on that afternoon, the D’PAC mascot, Bubbles, arrived to say hi to children and take pictures.

On a more serious note, Rachel Jacob, director of the D’PAC organization, says even though most people don’t have a pool, drowning is still a very possible situation. This danger of drowning is because of the ever-present canal systems in our valley.  The water canal is a dangerous area for children. This is a farming community, and canals and ditches are everywhere in the Gila Valley. Just because a child can stand in the water with his or her head above it, doesn’t mean that it is safe. If the current is too strong, a child may be swept into a tunnel, and if there is a grate at the end of the tunnel, the child will be trapped and will die. Letting children play in the canal is dangerous, and should be avoided. 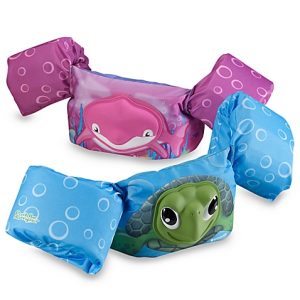 Secondly, Jacob stated that the well-known children’s float able jacket-toy, puddle jumper, was responsible for most drownings last year. The puddle jumper is a life jacket-like vest that is strapped to the child and helps the child to float in water. However, in large letters on the inside of the puddle jumper, it reads that it is not a lifesaving devise. When your child is wearing a puddle jumper, be just as watchful as ever.

To learn more about the CPR re-certification classes or how you can help, call Rachel Jacob, Director of D’PAC: 928-965-1327

D’PAC would like to remind you: “Kids alive do the five”

1: Stay away from the canal

3: Learn how to resuscitate

4: Teach your kids to swim when young