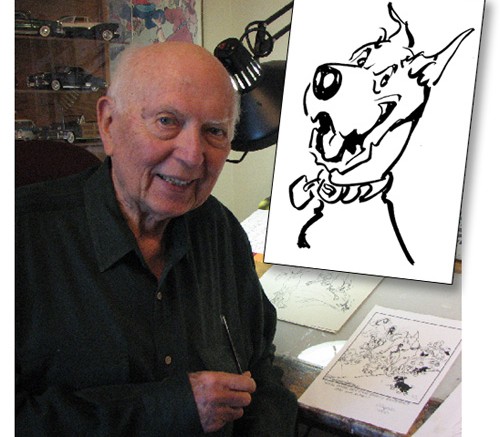 MONTGOMERY, Texas (AP) — Brad Anderson, creator of the “Marmaduke” cartoon strip that for more than 60 years featured the antics of a lovable Great Dane, has died. He was 91.

Anderson died Aug. 30, according to a Tuesday statement from Universal Uclick, which syndicated the comic strip. Universal Uclick spokeswoman Julie Halper did not immediately provide additional details on the death of Anderson, who lived in Montgomery, Texas, near Houston.

Anderson was born in Jamestown, New York, in 1924, and as a boy expressed an affinity for drawing.

“Brad’s interest in cartooning dates back to his early childhood, when he drew popular cartoon characters to amuse himself,” according to his biography on the Universal Uclick website.

He served in the Navy during World War II before graduating from Syracuse University and doing freelance work for magazines, including the Saturday Evening Post, before creating “Marmaduke” in 1954.

Anderson’s son, Paul, assisted him in later years on the popular comic strip, and a 2010 “Marmaduke” film featured the voice of actor Owen Wilson as the gregarious pooch.

At its peak, the comic strip appeared in more than 600 newspapers in 20 countries, according to biographical information from Anderson’s alma mater. Anderson was honored in 2013 with a lifetime achievement award from the National Cartoonists Society.

Universal Uclick did not immediately provide information about how many affiliates currently run “Marmaduke” or the future of the comic strip.