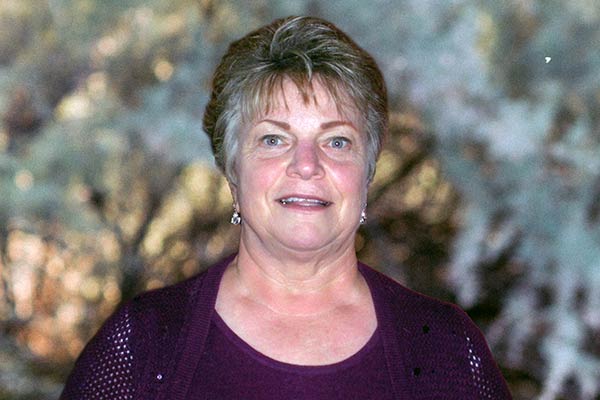 Margaret Allred, a resident of Mesa and formerly of Safford, peacefully passed into eternal life on Sunday morning, May 29, 2022, at the Armada Care Home in Mesa. Margaret was 77.

Margaret was born on March 19, 1945, to James Franklin “Frank” and Dorothy (Kartchner) Worden.  She was the fourth of five children.  Her sisters Gwen, Olive, and Betty and her brother Joe, all preceded her in death.

Her life was deeply impacted by the loss of her father at the tender age of 11 and the subsequent struggles of her mother providing for the younger children.  She learned to work hard from her mother and teaching the principle of work to her children and grandchildren has been a life-long passion.

She met her husband, Richard “Rick” Calvert Allred, her Junior year of High School as his dance partner for the Annual Dance Festival held in Phoenix as part of the Mutual Improvement Association activity of the Church of Jesus Christ of Latter-Day Saints.  This young romance grew and after Rick returned from serving a full-time mission for the Church, they were married in the Mesa Arizona Temple for time an all eternity on September 10, 1966.

Margaret’s life was her family and the Gospel of Jesus Christ.  She served both tirelessly throughout her life.  She took her responsibility of teaching her children seriously and taught them all how to work hard and to serve and love others.  Despite the many successes of her children, none would say they could ever work as hard as their mother did.  Her life’s work was her children, and she never gave up on them nor stopped teaching and encouraging them.

One of her greatest joys was serving a mission with Rick for the Church of Jesus Christ of Latter-Day Saints in the Baggio Philippines Mission.  She had always wanted to serve a mission and wanted to set an example for all her grandchildren.  She loved serving the people there and only her health prevented them from serving another mission.

While she suffered for several years with progressive Alzheimer’s, her testimony of Christ was strong and even when she could recognize almost no-one, she could still sing the hymns and primary songs with her family.  We are glad her suffering is over and that she has been reunited with those in her family who passed before along with her Heavenly Father and Jesus Christ. She is survived by her husband Rick, her five children, 28 grandchildren and 4 great-grandchildren.

Graveside services for Margaret were conducted Friday afternoon, June 3, 2022, at 2:00 p.m., at the Thatcher Cemetery.

A Celebration of Margaret’s Life was conducted Saturday morning, June 4, 2022, at 10:30 a.m., at the Hermosa Vista Stake Center of the Church of Jesus Christ of Latter-day Saints by Bishop David Hawks.