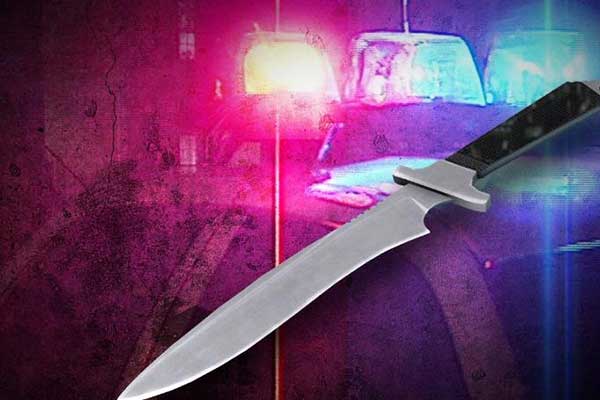 Graham County – Sheriff’s deputies were dispatched to the area of N. Paul’s Lane and W. Norton Road last week in reference to a man who had reportedly been stabbed. The call came in just before 10:00 PM.

According to the police report, the victim had called 911 to report that he had been stabbed and needed an ambulance. The call then disconnected. Dispatch plotted the call to the intersection of Paul’s Lane and W. Norton Road. When authorities arrived on the scene they were unable to locate the man or any evidence of a crime. Dispatch advised the officers that they were unable to call the number back.

Other law enforcement personnel arrived on the scene with night vision equipment. The surrounding fields were checked but authorities were still unable to locate the man.

Authorities contacted a resident in the area who reported that everything had been peaceful that evening. The woman stated that she had heard a man and woman arguing at a residence down the street earlier in the evening. When police made contact with a woman at that residence, she reportedly denied having a disagreement with anyone.

Most of the units that responded to the call cleared the area since there was no evidence of a crime and the alleged victim could not be located. A deputy remained in the area and continued to look for the man who purportedly called 911. At approximately 10:30 PM a deputy was waved down by a woman on highway 70 in Central. She told the deputy that she had nearly hit a shirtless man who was running in and out of traffic near mile marker 333 on Highway 70.

Deputies responded to the area but were unable to locate the man. A short time later, however, authorities located a man at the side of the highway, and observed the man running around on the south side of the highway. As they approached the man, he was laying on the ground covered in mud and blood. He was shirtless and wearing soaking wet jeans. Deputies called for an ambulance.

The man was bleeding from both forearms. The man was reportedly talking fast and was hard to understand. He was lying in an area covered with large thorns. When authorities asked if he wanted to be moved to a more comfortable location, he declined.

The man told deputies that he was confronted by three men while walking westbound on Highway 70 in Central. He said that the men demanded his shoes and then jumped him, stabbed him and took his shoes. He told authorities that he was from Tucson and had been in the area for the past three days.

Authorities observed a cell phone next to the man and asked if the phone belonged to him. The man said it was his phone. When asked why he wouldn’t answer calls from dispatch when they tried calling him back, the man said that his phone did not have a SIM card and could only make emergency calls.

The man told deputies that he was in the area visiting his girlfriend but refused to tell authorities who she was. He said that he didn’t want to get her involved.

When authorities asked the man to again describe the men who attacked him, he said he was attacked by two men on bicycles, contradicting his original account. When asked why they attacked him, the man said that he had put his arms up in front of his face to block headlights and the other men thought he was putting up a gang sign. He said that the men then said that they wanted his “stuff.” When asked what he meant by “stuff,” he reportedly became nervous and began to recant his statement that anything was taken. The man denied that any of the events had anything to do with narcotics. The man told authorities that he did not want to pursue any charges against his alleged attackers.

A deputy went to the Emergency Room a while later and took photos of the injuries on the mans arms and asked him for a better description of his alleged attackers. He described the men as Hispanic males, wearing white shirts and both had beards and shaved heads. The deputy asked the man if the attackers were twins. The man responded that one of the men was larger than the other. The deputy told the man that he believed he was lying about the events. The man reportedly shrugged and didn’t deny it.

Due to the fact that the victim did not wish to pursue criminal charges, the case was closed with no further action.