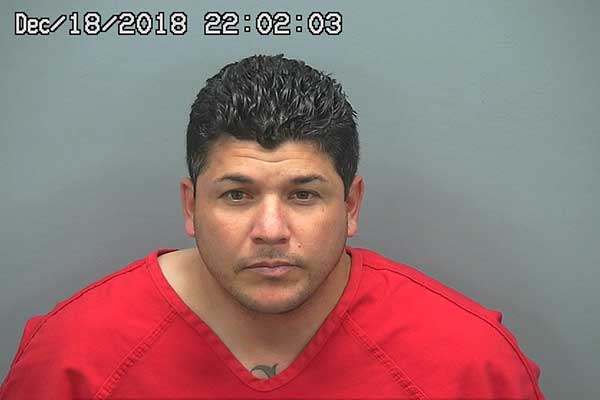 On May 6, 2019 Graham County Superior Court Presiding Judge Michael D. Peterson sentenced Eric Alvarez to 24 years in the Arizona Department of Corrections for Molestation of a Child.  The defendant was also sentenced to lifetime sex offender probation and ordered to register as a sex offender for attempted Sexual Conduct with a Minor, upon his release form the Department of Corrections.

The conviction stems from an incident which was reported to the Graham County Sheriff’s Office in December 2018.  The victim’s mother had recently began a romantic relationship with Alvarez and Alvarez had moved in with the victim and her mother after his release from prison in an unrelated case.  The victim’s mother discovered that the defendant had been inappropriate with the victim and reported the crime to law enforcement.

Upon investigation, Detective Mike Cochran of the Graham County Sheriff’s Office discovered that Alvarez had sexually victimized the 11 year old.

In April of 2019 Judge Michael Peterson conducted a settlement conference at which time the defendant agreed to plead guilty to one count of attempted sexual conduct with a minor and one count of molestation of a child.  It was agreed that the defendant would receive a sentence of up to the aggravated maximum of 24 years followed by lifetime sex offender probation.

At the sentencing hearing on May 6, the defendant told Judge Peterson that he did not know if he felt remorse, but he is a hard worker and wanted leniency from the Court.  The State was represented by Chief Deputy L. Scott Bennett who argued that this was a horrible crime which was perpetrated on a very young victim and the consequences would be long lasting.  Additionally Bennett argued that this involved a betrayal of trust and should result in an aggravated maximum sentence.  Judge Peterson agreed and sentenced Alvarez to the 24 year maximum.

After the hearing, Bennett stated:  “I was very pleased with Judge Peterson’s sentence on this case.  This was a heinous crime and society needs to be protected from anyone who would commit this act on a child and the Judge recognized that.  With his sentence Judge Peterson sent the message that this conduct will not be tolerated in our community.   This case represents a lot of very hard work from a lot of people, not the least of which was Detective Mike Cochran of the Graham County Sheriff’s Office.  These cases are truly tragic and will have consequences that last much longer than the 24 year sentence.  I am grateful that the Judge saw it the same way I did and sentenced the defendant to the maximum aggravated term.”