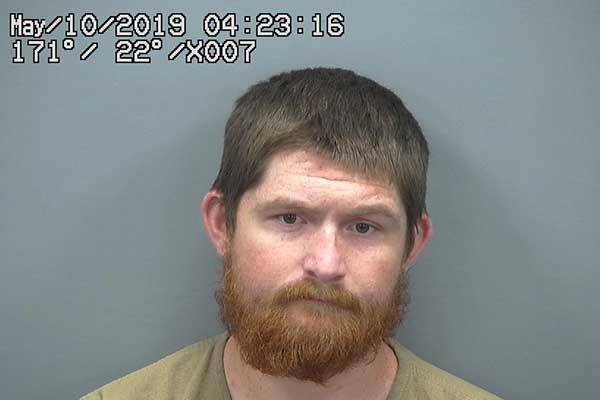 SAFFORD – A Safford police officer on patrol last Friday at approximately 1:20 am, observed a white, 4-door hatch back in the parking lot of the Giant gas station on Thatcher Blvd. The driver was putting air in the tires. The officer noticed that the vehicle’s registration was expired, so he approached the driver to let him know. The officer told the driver, later identified as David Blan, that he was not going to cite him for his expired registration but that he needed to get it renewed.

In the back seat there was a safety vest. In the pocket of the vest the officer saw a picture ID with Blan’s picture and real name. He ran Blan’s name through dispatch and discovered that Blan had an outstanding felony warrant for his arrest for theft of a firearm and possession of drug paraphernalia. The officer handcuffed Blan and put him in the back of his patrol car.

Blan then started complaining of heart problems. He was transported to the emergency room for evaluation. Once cleared, he was booked into the Graham County Jail and booked on the warrant.