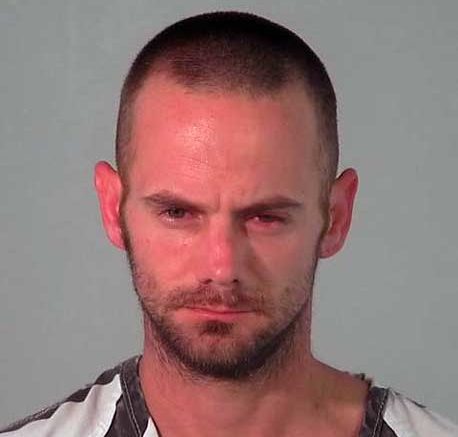 Contributed Photo/Courtesy GCSO: Jerry Morris was booked on charges of burglary in the second degree and theft after allegedly stealing his neighbor's beer.

SAFFORD – Jerry Morris, 33, was arrested and booked into the Graham County Jail on charges of burglary in the second degree and theft after allegedly entering his neighbor’s residence and stealing beer out of his refrigerator.

The victim called police to the residence on 3rd Street at about 6:05 p.m., Sept. 28, and said his neighbor committed the crime just after the victim had left the residence.

The victim said he has had an ongoing problem with Morris stealing his property, including tools and an air compressor, which he later found at Morris’ adjoining residence.

On this occasion, however, Morris allegedly walked into the residence without knocking and proceeded to get some beer out of the refrigerator and leave. The victim’s roommate was at home during the infraction and corroborated the victim’s statements about them having problems with Morris.

At about 9:10 p.m., Morris was found walking near a Downtown Safford bar. Upon contact, Morris appeared to be intoxicated and was agitated and confrontational, according to the officer’s report.

After allegedly admitting to entering the residence, Morris was taken into custody. During a subsequent search, a small red straw commonly used to ingest illicit substances was located in his possession.

While en route to the jail, Morris continued his erratic behavior and threatened the officers with bodily harm upon his release, according to the report. After continuing to be belligerent, Morris was placed in a restraint chair by detention officers and was booked into the jail.