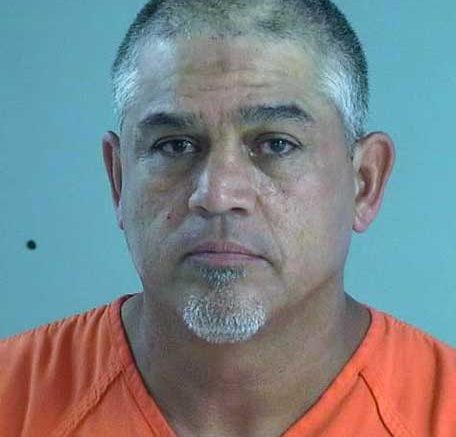 Contributed Photo/Courtesy GCSO: Jimmy Joe Grover was booked into the Graham County Jail on assault and drug charges after allegedly beating his wife and dropping her off at the Gila River.

SAFFORD – Jimmy Joe Grover, 50, of Safford, was booked into the Graham County Jail on Monday after allegedly assaulting his wife and dropping her off at the Gila River.

According to a Safford Police news release, Grover and his wife incurred a fight on Main Street in Safford near Tuittie’s American Club. During the fight, the wife was injured and was placed against her will into Grover’s vehicle.

Grover then drove to the Gila River and took his wife out of his vehicle.

The wife was later located near the Eighth Avenue Bridge and was suffering from head trauma. She was then transported to the Mt. Graham Regional Medical Center for treatment and later flown to a Tucson hospital.

Grover was soon located and was arrested and booked into the Graham County Jail on charges of aggravated assault as well as possession of a dangerous drug (methamphetamine) and possession of drug paraphernalia. The Graham County Attorney’s Office subsequently added a charge of kidnapping as well.