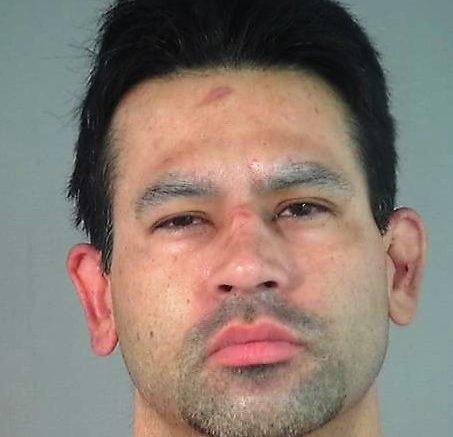 Contributed Photo/Courtesy GCSO: Daniel Delgado was booked into the jail on drug charges July 21 after police found him acting erratically at Walmart.

SAFFORD – A Safford man learned shopping while high on drugs is probably not the best idea.

Daniel Delgado, was arrested and booked into the Graham County Jail on July 21 after police found him with heroin while acting erratically at Walmart.

Officers were dispatched to the store at 755 S. 20th Ave. at about 8:26 p.m. regarding a suspicious man acting crazy.

Upon arrival, authorities located Delgado, who matched the description given by the reporting party. An officer noted Delgado had a “fixed-gaze look” while speaking to him and that he was moving around very strange.

Delgado allegedly admitted to using heroin and methamphetamine and said he had additional contraband on him.

A subsequent search yielded three used syringes, a spoon with heroin residue, a bundle of Q-tips and a clear bag with 1.9 grams of black tar heroin.