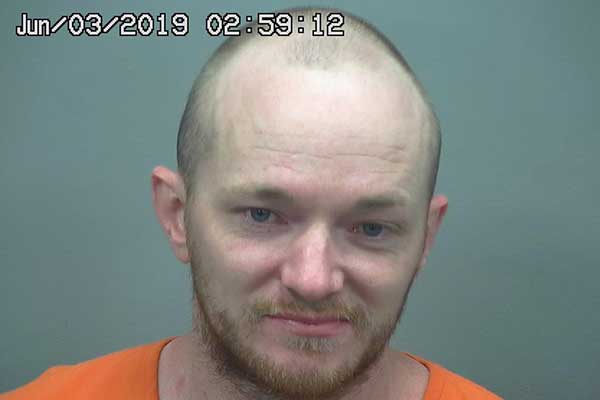 Safford police were dispatched to a residence on Cinnebar Circle in reference to a domestic disturbance last Sunday night at approximately 10:25 PM. An intoxicated man, identified as Joseph Hendy had allegedly punched his father in the face.

Upon arrival, an officer made contact with Hendy’s girlfriend in the front yard of the residence. Another officer arrived and noted that the victim was bleeding from his mouth. The victim and the girlfriend confirmed that Hendy had assaulted his father. Both parties said that the assault was unprovoked and they did not know why Hendy punched the victim. Apparently the father and son had been having disagreements on several personal matters but had not been arguing that night.

Hendy had been consuming alcohol and according to the police report, may have also used drugs. Hendy reportedly jumped the victim and started punching him for no apparent reason.

Authorities located Hendy in the front living room of the home. When they asked Hendy if he knew why the police had been called, he said that he didn’t know. He told the officers that he and his father had been disagreeing about something and it was complicated. When asked if he and his father had a physical altercation, he said, “no.” Hendy continued to claim that there had only been a verbal disagreement. When asked how the victim sustained an injury to his face, Hendy said that he did not know. Hendy was arrested and placed in the back of a patrol car. He told officers that he had only had a few beers that night and denied any drug use or consumption of hard liquor.

The victim sustained lacerations on the inside of his upper lip that needed medical treatment. He told officers that he would drive himself to the Emergency Room.

Hendy was transported to the Graham County Jail. A portable breath test registered a .380 BAC. The jail won’t take anybody higher than .28. Due to staffing levels and call volumes the officer decided to issue Hendy a criminal citation and release him to his girlfriend. Upon releasing Hendy, the officer told him and his girlfriend that he was not allowed to return to the home of the victim under any circumstances.

Officers located Hendy in a back bedroom and escorted him out of the residence. Hendy was placed in custody and transported to the hospital for medical clearance. Once cleared he was booked into the Graham County Jail on charges of domestic violence/assault and disorderly conduct.