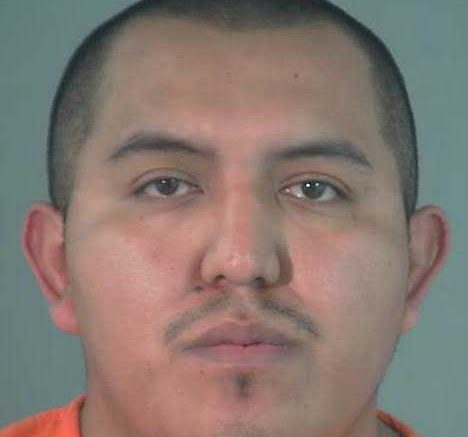 Contributed Photo/Courtesy GCSO: Joseph Titla has been charged with two counts of sexual assault regarding an alleged date rape Sept. 24.

PIMA – A man has been accused of taking advantage of a woman acquaintance after she passed out drunk.

Joseph Wilbur Titla, 26, of Thatcher, has been charged with two counts of sexual assault and a charge of DUI after allegedly fleeing the scene while drunk.

According to Graham County Sheriff’s Office reports, Titla and the victim were conversing via Facebook in the early morning hours of Sept. 24 when he convinced her to let him visit her residence south of Pima.

Titla allegedly arrived at the residence at about 2:30 a.m., and the pair began to hang out while drinking an assortment of alcoholic beverages. The pair had grown up together and Titla was considered part of their family, according to statements made to Sheriff’s Office investigators.

At sometime shortly before 6 a.m., the victim’s sister went to check on her and reportedly found Titla having intercourse with the victim as she was passed out in his car. The sister allegedly yelled at Titla and pounded on his car. The pounding interrupted the assault and helped wake the victim from her daze. The sister then called the authorities.

Titla then left in a blue Toyota four-door sedan. He was later pulled over by a Sheriff’s deputy while he was eastbound on Norton Road. During a DUI investigation interrogation, Titla said he was heading home from Fort Thomas and that he rated his intoxication level as a four on a scale of one to 10 and that he had only consumed three beers. Titla was then taken into custody.

The victim told officers that she hadn’t seen Titla for about two years but kept in contact on Facebook. She said she was online with him and he suggested he come by and visit.

She said she was drinking Corona beer with Titla when he decided he wanted a vodka/cranberry drink made with the vodka he brought with him. She said she is not much of a drinker and was only able to consume roughly 1-inch of the beverage because it was too strong. Roughly 20 minutes later, she reported feeling sleepy and said she wanted to go to bed. The next thing she remembers was her sister hitting the hood of the car. Investigators theorized that Titla may have drugged the victim’s drink.

The victim said she didn’t enter Titla’s car willingly and did not give consent to have sex. She said she wouldn’t ever have intercourse with Titla no matter what the situation because she believed they are related.

During interrogation, Titla said the victim had invited him to her house to catch up and that she was the one who made the vodka/cranberry drinks. He described being black-out drunk and not remembering anything between them just talking and the sister yelling at him. He said after the sister yelled, he got in his car and left to go back home. The investigator noted that Titla appeared lucid during his interaction with the deputy during the DUI investigation and that he described only being slightly drunk to him. Titla continued to deny having intercourse with the victim and said he wouldn’t have done something like that and that he would never hurt the victim.

Titla was then booked into the jail and subsequently charged with two counts of sexual assault and one count of DUI.