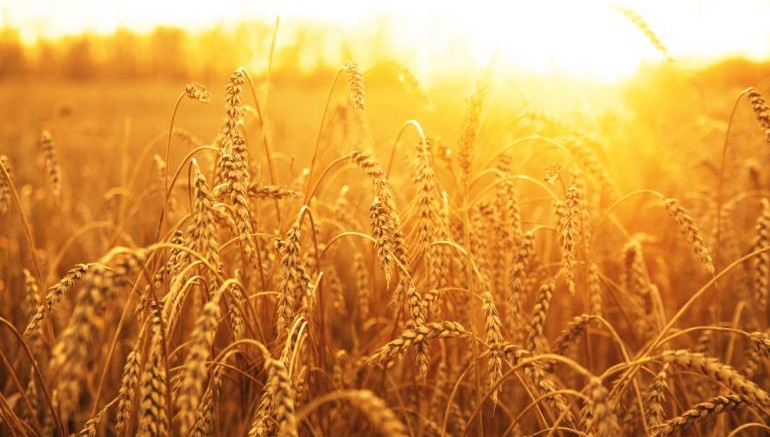 Two years ago it was an everyday routine: wake up, go to school, come home, do homework, eat dinner, and sleep. There was no break between the day and sleeping. I would eat dinner and fall asleep on the floor only to wake up hours later feeling bugs itching beneath my skin, stomach cramps, light-headed, and a plethora of other unpleasant symptoms. My family was done with me falling asleep right after dinner, but I couldn’t control it no matter what I tried: antacids, pepto, essential oils, gas-ex– nothing changed the way my body reacted to food!

I was lying on the dusty living room floor in my family’s home when my Mom and I decided that I needed to go to the doctor. The next day the doctor ordered a blood test for me, and two weeks later we found out that I was allergic to gluten. Unfortunately, my doctor did not have any special pamphlets to provide me with, or any other instructions aside from going to the library or researching the internet to find out what that meant. What in the world is gluten?!

I learned from many hours on Google that gluten is a mixture of proteins on the wheat (and related) plant(s) that is found in wheat endosperm (tissue found produced in the seeds that are ground up to make flour). Likewise, there are several other grains that have gluten in them, and they are all dangerous to people who have Celiac Disease or are allergic to gluten because the composition is so similar. You may be wondering why there are suddenly so many people who are allergic to gluten. In recent studies,  it has been found that there are new ways that they plant is being grown that is abrasive to a minority of people, and causes illness in result.

When people who are sensitive or allergic to gluten, they have to be extremely conscious of what they are eating because the gluten will damage the nervous system, shred the lining of the small intestine, and harm vital enzymes in stomach acid. In turn, the damage creates problems with the consistency of bowel movements and viscosity of waste. If enough damage is done to the body by consuming gluten, then the person could lose their ability to digest complex proteins such as those found in milk and meats.

At the time that I found out I was allergic to gluten, my body had a hard time processing the complex enzymes found in meat and dairy because I had been eating gluten for months before I was able to find out why I was feeling under the weather. However, my Mom found that eating yogurt and taking digestive enzymes, in capsule form, would help me to digest meat and dairy correctly. It took me a month of taking digestive enzymes to be able to eat meat again, and to be able to eat cheese (we also found in that month that I am also lactose-intolerant).

The hardest part about having to stop eating gluten was overcoming the withdrawals in the first month or two.  My body was addicted to gluten even though I am allergic to it because I consistently had a good amount of it in my system. In effect, I felt hungry ALL THE TIME. My depression increased as I felt hungry and empty. Without the gluten, there was nothing to fill me up. I was surviving on rabbit food, and learning that all of my favorite foods were killing me. The only way to really help my depression was being involved in everything I did, or to at least try to be involved. I learned how to throw my whole heart into everything I did. I served people more, and cared less about what I was eating. I unattached myself from food and connected myself with people. The difference in the way I felt was tremendous.

The past two years since finding out that I am allergic to gluten have been hard in the fact that I have had to readjust my diet, but I have also found that anything that has gluten in it can be made gluten free! AND IT CAN TASTE AMAZING, TOO!!! All I have to do is find the right mix of flours and xanthan gum (a rising agent that replaces gluten) to be able to hold together my baked goods. My family is now very supportive of my allergy and they have found that I don’t suffer because I cannot eat gluten. In fact, they tend to like my gluten free food more than their food.

In the months following my diagnosis, with implication of my new diet, I lost most of the symptoms of a gluten allergy. However, we found that I was still having joint pain, large blisters on my scalp, migraines, rashes, and, worst of all, I was starting to feel like I had never stopped eating gluten. I went to a neurologist, dermatologist, oncologist, gastroenterologist, had a countless number of tests run, and no one had any kind of explanation as to why I was sick. Finally, I was experiencing cramps in my stomach which caused so much pain that I was led to the emergency room where we found two problems: 1) My beauty products (make-up, shampoos, soaps, lotions, toothpaste, etc.) all had gluten in them and 2) Because I was not eating products with gluten, I was not consuming enough fiber.

Companies that produce beauty products are not required to include allergy information, and they have scientific names that don’t make sense to the average shopper. However, there are companies that do not use gluten at all such as Dove. Companies like this are heaven-sent for the average gluten-free gal.

Fiber is needed to be able to digest food. There are several other vitamins and minerals that are lost when people go gluten-free such as iron and fiber. However, dietary supplements and eating green vegetables can restore the body’s supply of essential vitamins and minerals. People who are gluten-free do suffer sometimes because they do feel like they are left-out and are limited in terms of what they are actually willing to make or spend godly amounts of money to have custom-made; the gluten-free consumer has to be conscious of not only food, but also everything (or everyone) they come into contact with. The struggle is real, but can be manageable if you are willing and able to find the right tools to assist in the transition to becoming gluten-free. This includes having a support system made of people such as family, friends, and maybe even teachers.

If you have found anything interesting, offensive, or have questions or comments, please don’t hesitate to e-mail the editor, Aubrey Dodge, at aubrey@gilavalleycentral.net, and thank you for visiting, please come again!