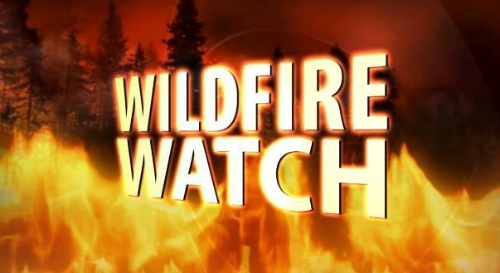 On Wednesday, June 29th, lightning struck the Mary Hilda area on Mount Graham and started a fire. According to Forest Service Fire Management Director, Buddy Zale, the fire was definitely started by a lightning strike. “We are monitoring it.” Zale stated. “There will be residual smoke left over for the next few days.” It was far too difficult to send anyone in to control the fire, but because of the humidity and rain, authorities believe it will burn out on its own.
Lightning causes fifteen percent of forest fires. When lightning begins a fire, it tends to burn more territory. When lightning triggers a fire, it usually burns sixty percent of acreage. However, keep in mind that humans cause eighty-five percent of all forest fires. As it is, there are roughly 75,000 wildfires reported in the United States yearly.

Luckily, Mount Graham has been receiving a steady sprinkle of rain over the past two days. Fire officials believe that this particular fire will not cause a major problem.