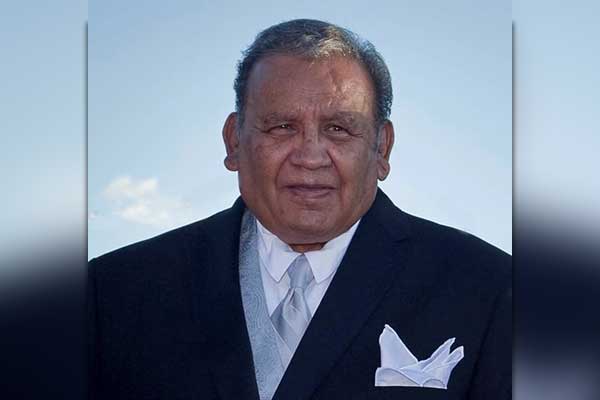 Librado ‘JR’ Ramirez, of Thatcher, entered into eternal rest peacefully on September 6, 2020, with his family at his side.  He was 84 years old.  Librado was born on May 7, 1936, to Librado Marrujo and Gerarda Ramirez in Pearce, Arizona.  He was the 10th Librado Marrujo of the family.

Librado grew up in Willcox, Arizona graduating high school in 1953.  He enlisted in and served in the United States Air Force from 1953-1975.  He spent those years in London, the Philippines, Taiwan, and served in the Vietnam War.

After retiring from the Air Force, Librado began a career in social services, where he served as the Executive Director for the Southeastern Arizona Community Action Program, Inc. (SEACAP) for 45 years.  He met his wife of 30 years, Yvette, a short time after he began with SEACAP.  Librado and Yvette shared a love unlike any other, and you would often catch them holding hands wherever they walked.

Librado retired from SEACAP in June 2020 and enjoyed various other roles throughout his life.  He was the director for Anytown Arizona camp for 20 years, co-founder of the Indian Nations Camp and served on numerous boards of directors, including the Nineteen Tribal Nations Workforce Investment Board (WIB).  He was a proud member of the Lion’s Club, VFW, American Legion, and coached youth basketball and softball for many years.

Librado loved to share his knowledge, and often mentored and counseled kids and adults of all ages.  He was always willing to give advice and life lessons, often reflecting on his own life experiences.  It was his life’s passion, as he always saw the good in people.  Librado had true compassion and empathy and many looked to him as a father-figure.  He had an impact on many lives and his wisdom and guidance made the world a better place.

Librado was very much loved by his family and friends and will be missed greatly.

The family would like to thank Casa de la Luz Hospice in Tucson for the loving and compassionate care extended to Librado.

The family will receive friends Thursday evening, September 17, 2020 from 5:00 p.m. until 7:00 p.m., at the Vining Funeral Home. Please follow CDC and AZDHHS guidelines for COVID-19 including proper face coverings and social distancing.

Due to COVID-19, Librado’s Rosary and Mass of Christian Burial will be a private ceremony limited to immediate family.  Church services will be tape delayed broadcast on the Vining Funeral Home Facebook page.  Librado will be laid to rest at a public committal with his mother, Gerarda, at Sunset Cemetery, North Sunset Strip in Willcox, Saturday morning, September 26, 2020, at 10:00 a.m. Military honors will be conferred by the United States Air Force Davis-Monthan Honor Guard.