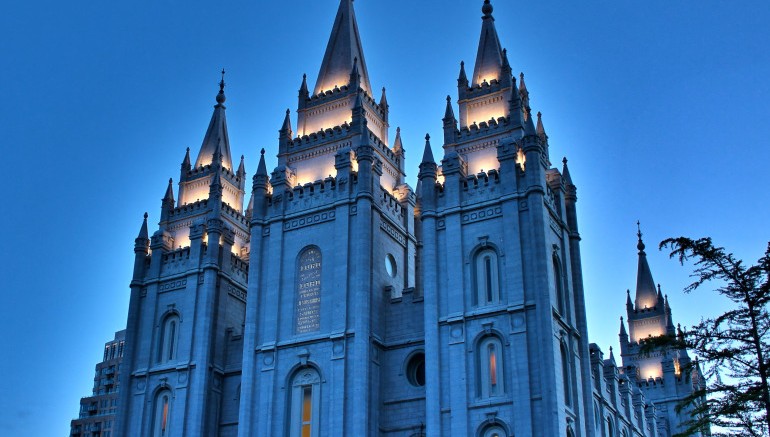 SALT LAKE CITY (AP) — The Mormon church announced Wednesday it will maintain its longtime affiliation with the Boy Scouts despite the organization’s decision to allow gay troop leaders — preventing what would have been a thundering blow to the national association.

The decision from senior leaders of the Mormon church — the nation’s largest sponsor of Boy Scout units — came as somewhat of a surprise. The church said it was deeply troubled and considering other options when the Boy Scouts announced on July 28 that it would lift its ban on gay adult leaders, while allowing church-sponsored Scout units to continue excluding gay adults.

Church leaders decided to stay with the Boy Scouts after getting assurances they can appoint troop leaders according to their own religious and moral values, The Church of Jesus Christ of Latter-day Saints said in a news release Wednesday.

The Mormon church sponsors nearly 38,000 Scout units with 427,000 boys — accounting for about 18 percent of all youth Scouts.

Officials with the Boy Scouts of America said it appreciates the decision, noting that the organization is successful because of affiliations with groups like the Mormon church.

“The BSA affirms, and will defend, the right of all religious chartered organizations to select their Scout leaders in accordance with their religious beliefs,” the Boy Scouts said in a statement.

Scout leaders in Utah were relieved and thrilled with the decision. About 99 percent of the 167,500 scouts in the two largest councils are Mormon.

“We’ve been worried for about four weeks,” said Rick Barnes, Scout executive for the Great Salt Lake Council in Utah. If the church had left, “it would have meant a lot of rebuilding.”

Stan Lockhart, president of Utah National Parks Council, said he was surprised when Mormon leaders said they were considering breaking away from the Boy Scouts. He said he had no idea what would have happened. “We just know there would have been an impact,” he said.

The decision was also applauded by Zach Wahls, an Eagle Scout raised by lesbians who heads the advocacy group Scouts for Equality.

“It would have been incredibly disappointing for hundreds of thousands of young boys to be denied that opportunity because of the policy change,” said Wahls.

The renewed commitment from the LDS Church did include an important caveat: The church said it will continue evaluating and refining alternatives to Boy Scouts that would better suit the increasingly global membership of the religion. With more than half of the religion’s 15 million members living outside the United States, there has long been speculation the Salt Lake City-based religion will create its own scouting-type program.

“It’s a holding pattern,” Bowman said. “I still think the church is likely to either alter or abandon the Boy Scouts at some point in the future.”

The bond between the Scouts and Mormons goes back to the early 1900s and involved mutual values and principles.

As the religion’s membership swelled, Boy Scouts became a rite of passage for Mormon boys, with church covering the cost of troops for congregations, known as wards, and strongly encouraging participation.

Some had speculated the church would cut ties in 2013, when Boy Scouts decided to allow openly gay youth.

Mormon leaders have softened their tone about gays and lesbians in recent years. Church leaders were involved in legislation enacted in Utah in March that extended nondiscrimination protections to gays, lesbians, bisexuals and transgender people.

But those leaders have also made it clear that the church still opposes gay marriage and believes homosexual activity is a sin.

A number of rank-and-file Mormons are pushing the church to become more accepting and welcoming of LGBT members. Groups have formed to represent the movement.