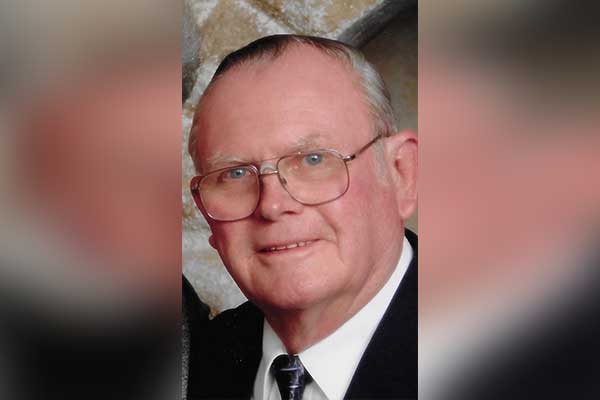 Lavern “Vern” Henry Hennings age 87 passed away at his home on Thursday, May 6, 2021 in Thatcher, Arizona. He was born February 10, 1934 on a rural farm in Bremer County, Iowa to Arthur and Erna (Struck) Hennings. As a young boy, Vern enjoyed the many chores on the farm including the milking of 30 cows twice a day. Vern received his early education in a one-room schoolhouse a few miles from the family farm. At the age of 16, Vern moved out of the house and found work as a farmhand at a nearby farm. He was given room and board and paid $50 a month. He saved his money and several months later he was able to buy a used car for $150. Vern was one of the few local boys who had a driver’s license and owned a car.

Shortly after turning 17, Vern met a young lady by the name of Patricia (Pat) Iserman at one of the local church social events. They soon started dating and fell in love with each other. Having grown tired of farm life, Vern got a job with the help of Pat’s father (Boots) at Schield Bantam Truck Co. in Waverly, Iowa. After Pat graduated from Waverly High School, in 1952, she moved to Safford, Arizona to live with her Uncle and Aunt. Pat had severe asthma and the dry warm climate of Safford helped her. Several months later while Pat was on a visit to Waverly, Vern proposed to her. They were married on March 1, 1953 in Waverly, Iowa. A few days later, they packed up their 1941 Oldsmobile 98 and moved to Safford, Arizona.

Life was good in Safford for Vern and Pat. Vern found work at the local Sears Store and was quickly promoted to Assistant Manager. He worked hard and made many loyal customers. In 1957, he won an all expense paid trip to the Indianapolis 500. Five children were born during their time in Safford and in 1964, Vern accepted a job in Prescott, Arizona. Vern enjoyed spending time bowling, playing slow pitch softball, the Elks Club, and the Smoki Organization.

The family lived there until 1972 and moved back to Safford.

Vern was hired at the Bureau of Land Management as their Warehouse Manager. Vern continued bowling and was on many bowling leagues. He was involved with the Arizona Bowling Association and was their president in 1983 and 1984. His life time bowling average (over 50 years) was 195. Vern also developed another passion for collecting farm cards and replica scale model farm implements. Vern retired in 1997 and started to enjoy the more simple things in life without the worry of a career.

In April 2009, his beloved wife Pat died. Vern carried on with life as best he could. He lived a simple life and enjoyed his daily routine of going to the post office, meeting with his coffee buddies, puttering around the yard, taking an early afternoon nap, and having a few beers at the bowling alley before supper. He enjoyed his daily visits to the local stores and talking with his children several times a week. Vern was known to never miss sending birthday cards to his children, grandkids, and great-grandkids. He was an early member of the Grace Luthern Church in Safford and spent many happy hours there attending service and helping with the many chores around the Church. Vern was a unique individual that lived life his own way.

Vern is survived by his five children Rick (Lorean), Mike (Karen), Richard (Irene), Sandy (John), Lori (Debbie), as well as 11 grandchildren and 22 great-grandchildren. Services will be held at Grace Luthern Church in Safford, Arizona on Friday, May 14th at 10 am. In lieu of flowers, donations can be made to the Grace Lutheran Church 225 E Main St Safford AZ 85546. He will be buried next to his beloved wife in the Safford Cemetery.