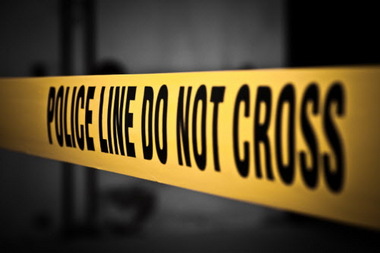 CHICAGO (AP) — The latest on scrutiny surrounding Chicago police shootings, including one in 2014 in which an officer has been charged with murder for killing a teenager (all times local):

The city of Chicago’s law department says one of its lawyers accused by a federal judge of concealing evidence in a civil case regarding a fatal police shooting has resigned.

A statement from the department says Jordan Marsh submitted his resignation Monday.

Chang threw out that decision and ordered a new trial.

The law department’s statement says it “does not tolerate any action that would call into question the integrity of the lawyers who serve” Chicago.

But Chang also had criticism for the department as a whole in his ruling, including about its record keeping. The department’s statement says it’s continuing to review its procedures.

The five children of a woman who was shot to death by Chicago police have filed a wrongful death lawsuit against the city.

Fifty-five-year-old Bettie Jones was killed when a police officer opened fire on a 19-year-old man after they responded to a domestic disturbance call. The man, Quintonio LeGrier, was also killed. Police has called the shooting of Jones an accident and claim LeGrier was being combative toward officers before he was shot.

The lawsuit filed Monday in Cook County Circuit Court includes a claim for intentional infliction of emotional distress as a result of the officer’s actions.

A wrongful death lawsuit was filed last week by the father of LeGrier. The lawsuit asserts LeGrier never had a weapon and did nothing to suggest he was a threat before police opened fire.

A federal judge in Chicago has ordered a new trial in a civil case focused on a fatal police shooting after he concluded a city lawyer sought to conceal evidence.

The ruling tosses a April jury decision that found two officers were justified in killing Darius Pinex during a 2011 traffic stop.

The officers had said they stopped Pinex because his car matched a description they heard on their police radio of a car suspected of involvement in an earlier shooting. But records emerged after the trial began that officers weren’t listening to the channel broadcasting the radio traffic about the suspect’s car. The judge said a city lawyer “intentionally concealed” that evidence.

Changes are coming to the agency that acts as a Chicago Police Department watchdog.

Sharon Fairley is acting head of the Independent Police Review Authority. She is planning a Monday afternoon news conference to detail restructuring efforts.

Mayor Rahm Emanuel appointed Fairley to reform the agency after outrage over shootings by police including one in which a video showed a white officer shooting black teenager Laquan McDonald 16 times.

Fairley took the job in early December and IPRA says in a statement that since then she’s been determining areas where she can take immediate action. The authority was formed in September 2007.