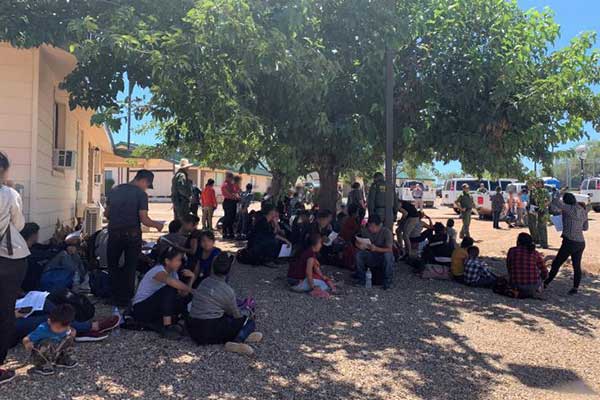 Tucson Sector Border Patrol has seen large groups of family units shift from the Lukeville area to Sasabe over the course of the summer.

During the months of April and May, multiple groups of several hundred people surrendered to Border Patrol agents near Quitobaquito Springs west of Lukeville. The last such group in the region was on May 28.

Since the beginning of May, a total of nine groups over 50 persons have surrendered to agents in the more rugged and mountainous terrain east of Sasabe and south of Arivaca.

Across the Tucson Sector, nearly 69% percent of Border Patrol apprehensions are single males attempting to evade arrest. The remaining 31% are families and children surrendering to agents.

Tucson Sector Border Patrol agents operate in a challenging environment that requires agents to work in both a humanitarian and law enforcement capacity as they counter the activity of human smugglers that are exploiting people along the border. Human smugglers often use family unit groups as cover for other illicit smuggling activities.