Jon Johnson Photo/Gila Valley Central: There is still a little bit of a whitecap on top of Mount Graham, but precipitation is down this year.

MOUNT GRAHAM – Lack of snow on Mount Graham shows the reduction of precipitation the Gila Valley saw this year. 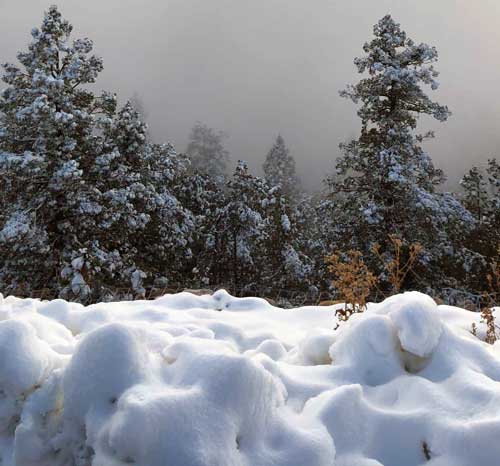 Photo By Dru Goodman: The last storm brought some of the only snowfall to Mount Graham this year.

There is still a small whitecap on the upper portion of Mount Graham that forms a winter wonderland, but one must climb up past Shannon Campground to truly enjoy it.

According to the University of Arizona Meteorological Network Safford Station data reports, so far there has been just 5.85 inches of rain measured at the station this year. With no precipitation in the forecast, the total will likely stay the same through the end of the year, making it the lowest total amount of precipitation measured annually at the station since just 4.52 inches fell in 2011. 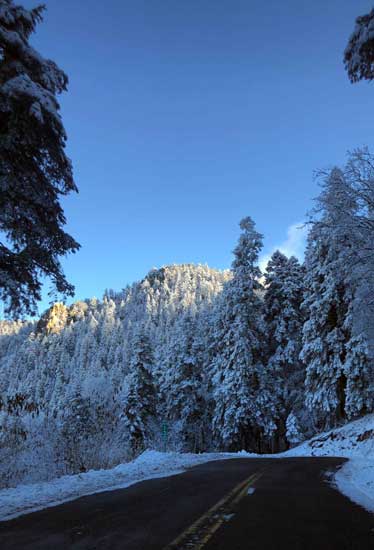 Photo By Dru Goodman: Trees were frosted by snow Dec. 17.

The reduction this year follows two years of robust, higher-than-average precipitation of 13.71 inches in 2015 and 13.18 inches in 2016. Those two years were roughly six inches above the average amount of rain the Gila Valley has experienced per year for the last 20 years. The lowest amount in the last 20 years was just 1.69 inches measured for 2008.

While the lesser snowpack on Mount Graham can have an effect on replenishing the aquifer for Pima, the Safford aquifer is more dependent on the snowpack of the mountains of New Mexico, which is also down this year. That snowpack melts and fills the Gila River, which trickles down to Bonita Creek where Safford gathers most of its potable water. 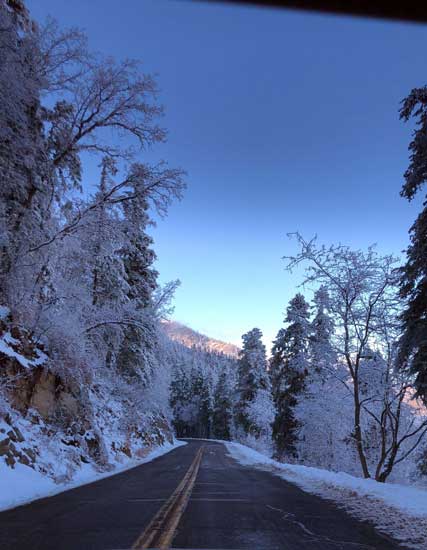 Photo By Dru Goodman: There is snow on Mount Graham if you travel up high enough to find it, but it is significantly less than in years’ past.

Previously, Safford introduced water restrictions after having a depleted supply, since then the city has explored new water sources and has moved forward with developing a reliable wastewater source. Soon it will have a treated wastewater pond, and the city hopes to offer customers a viable option of using its treated wastewater for watering grass and other applications, thereby helping to save drinking water.