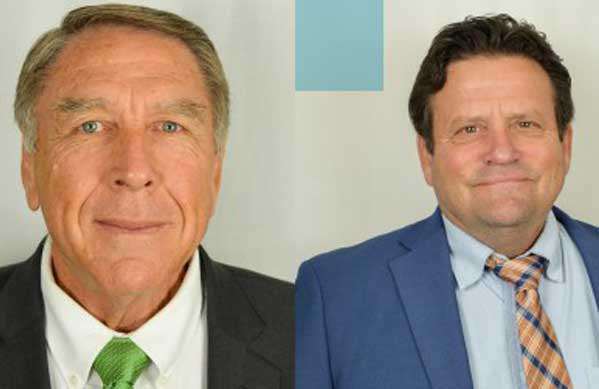 Jim Palmer, left, and Kip Kempton were recently named to the MGRMC Board of Directors. - Contributed Photos/MGRMC

Palmer is a former member of the Graham County Board of Supervisors, having served in that role for 20 years.