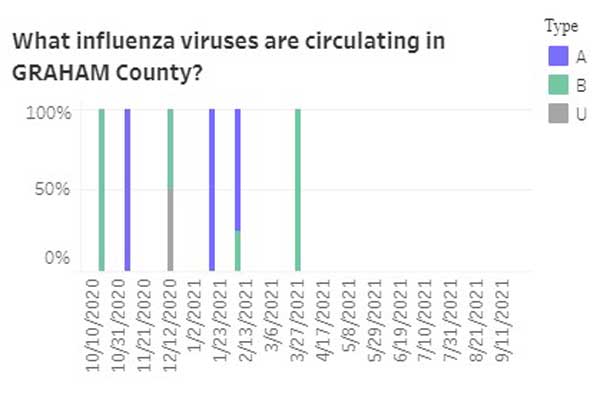 A single case of influenza in Graham County was reported the week of March 27, according to data released by the Arizona Department of Health Services.

That brings the county’s total to just 10 this flu season, 96.4 percent below the five-year average of 274 cases by the same time.

Five of Graham County’s cases are Influenza A, four are Influenza B — including the most recent case —and one is undetermined. Three people who have tested positive for flu are between the ages of 19 and 49, four are in the 50- to 64-year-old age range and three are over the age of 65.

In Greenlee County there remains just one case, 98.8 percent below the five-year average. The case of Influenza B in a person over the age of 65 was discovered the week of Feb. 6.