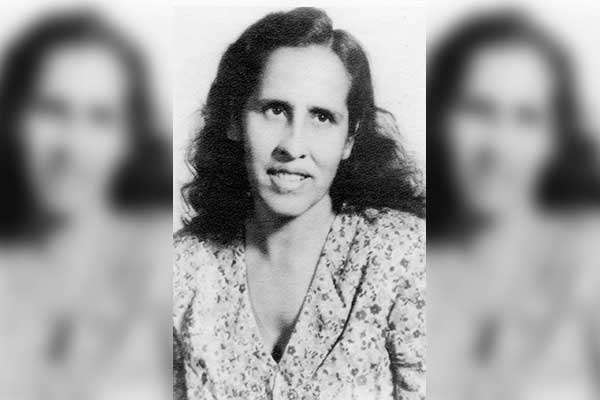 Heavenly Father welcomed His daughter, Juliana Licano Rodela Lopez into eternal rest on March 30, 2019 in Tucson, Arizona. Heavenly Father allowed her to have 100 years of life upon this earth. What an accomplishment and blessing for her family!

Juliana Licano Rodela was born in Morenci, Arizona on December 5, 1918 to Alejandro Ortiz Rodela and Petra Cordova Licano. She was number four of six children.

While still a young girl her parents moved to Solomonville, to a small family farm, her father found work as a farm laborer for the bigger farmers her mother was a homemaker.

Juliana learned the art of gardening and canning at her mother’s side. She attended school through the fifth grade when she had to quit and go to work doing small jobs to help her father and mother.

As she grew older, she worked for many of the well-known families of the Gila Valley such as, the Kimball’s, Rawson’s, Long’s and Kempton’s as a housekeeper. She also worked in health care maintenance in Dr. Ellsworth’s clinic. She worked at the Safford Pool Hall as cook and then moved on to be the cashier. She was a hard and honest worker. This is how she sustained her family.

She resided most of her life in Safford until moving to Tucson to be with her youngest daughter Adelita Contreras.

Juliana was a master gardener. She enjoyed working in her gardens around her home. Every nook and cranny of her yard had some kind of flower tucked in there. She could take cuttings from the most delicate plants and they would thrive for her. Her yard not only looked beautiful with all the colors of her flowers, it smelled heavenly!

Juliana also enjoyed embroidery work, giving many of her creations to church bazars, family and friends. She entered many of them in the fair and won ribbons on them.

Juliana leaves behind: her daughters, Sylvia (Ramon), of Pima, Ophelia (Lovell), of Texas and Adelita (Alfred), of Tucson; her sons, Alfred (Eilleen), of Pueblo, Colorado and Federico (Ruby), of Kearney. We love her and will always carry her in our hearts. Thank you mother for all you did for us. Juliana was preceded in death by: her father, Alejandro Ortiz Rodela; her mother, Petra Cordova Licano; four brothers, Saturnine Rodela, Alejandro Rodela, Jr., Leonardo Rodela and Jose Rodela; a sister, Guadalupe Rodela; two sons, Benito Juarez and Eugenio Alderete; a great­granddaughter, Elisa Ann Provencio; and many more loved ones.

Juliana is a member of The Church of Jesus Christ of Latter-day Saints.

A private funeral service for Juliana will be conducted on Monday, April 9, 2019, at 10:00 a.m., at the Vining Funeral Home. Juliana will be laid to rest in the Safford Cemetery.