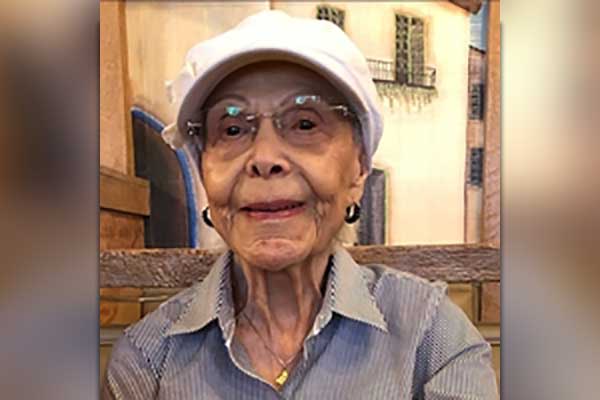 Jessie Marie Escobedo Formica, 93, was born November 6, 1926 in Solomonville, Arizona to Marie Franco and Tomas Escobedo. She was the 6th of eight children and one of three girls.

Jessie had excellent secretarial skills. She worked at First National Bank and Valley National Bank in Casa Grande. She worked for the Arizona Department of Economic Security for 18 years before retiring at age 62.

Jessie was a twenty-six year survivor of breast and colon cancer. She moved to Show Low in 1996. She was an active member of St. Rita’s Catholic Church and an Auxiliary Volunteer at Summit Healthcare Regional Medical Center for 20 years. Jessie was an avid golfer until age 86. She traveled to Europe and the Holy Land and throughout the United States. Jessie was a patriotic American who loved God, family and her country.

A Mass of Christian Burial for Jessie was celebrated Monday morning, August 10, 2020, at 11:30 a.m., at Our Lady of Guadalupe Catholic Church in Solomon by Rev. Nicodemus Shaghel. Committal followed in the Safford Cemetery.

A Rosary and prayers were offered Monday morning, August 10, 2020, at 10:30 a.m., at Our Lady of Guadalupe Catholic Church in Solomon.