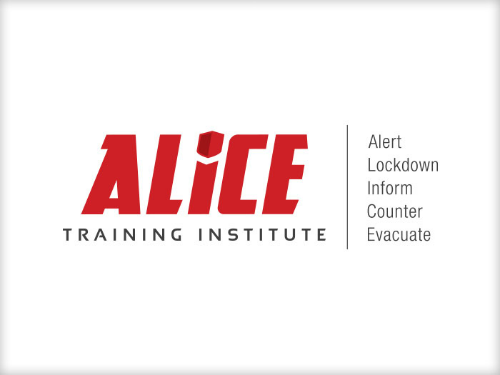 Although the terrorist attacks of Brussels and Paris are far away from our sunny Gila Valley, they still impact us. To be an American is to be blessed in many ways. However, when we wake up to see the horrors of the world in the news, we don’t know what to do in our own little corner of this earth. Terrorists want to inflict terror. They want us to stay home from work, they want us to be afraid to go out and live our lives. We don’t want to let them win, but deep down, anyone who has an eye open to the world is afraid.  We don’t want to be afraid, but what can we do? The average American is not a soldier or a policeman. The average American is a school teacher, a mine worker, or a librarian. We are not trained to handle shooters and bombers. The thought that we may face such monsters can make anyone without training become afraid.

In times such as these, Americans as a whole ask, what can we do? When shooters make the news every year, and terrorists bomb our allies, what can we do to feel safe again?  Chief of Thatcher Police, Shaffen Woods, knows that the average American wouldn’t know what to do in a shooter crisis. “I lose sleep thinking about these type of events. I’m a parent. We talk about this often. Everybody thinks about it, and we’re doing the proactive approach,” Chief Woods stated. In the world today, one of the oldest sayings still rings true. Knowledge is power. Chief Woods is recommending an instruction program called ALICE, to train the average American on how to handle a crisis. “It’s a great program,” he stated, “ALICE will teach barricade techniques, teaches counter techniques, and it teaches evacuation techniques. It’s all research based and statistic based.”

ALICE stands for alert, lockdown, inform, counter, and evacuate. The training ALICE offers helps prepare individuals in case the threat of an Active Shooter arises.  Chief Woods has researched multiple programs, and examined each one carefully to find the best program possible. Chief Woods believes that it is the best program available. He has already held multiple Train the Leaders programs, and all of the people involved have been massively impressed. “It gives people options,” Chief Woods said, “It empowers them. Any police department will say that they will get there as fast as they can. But the reality is, every police department has different response times. It might take three minutes. But three minutes might be too long. It might be over in three minutes.”

In light of the past five years, and the school shootings that have happened, it is obvious that hiding under the desk doesn’t work. “We’re doing the best we can with the information that we’ve been given. But it’s not enough,” Chief Woods stated, regarding the traditional lockdown techniques.  “If you keep people in a position, and tell them: you need to stay here. What is your natural reaction? Your natural reaction is to run. We’re telling you, go against your better judgement and hide in the corner and hope for the best. Look around, how is that working out?” Any parent who watches the news, knows that the traditional hide-under-your-desk procedure isn’t functioning. “Hence, we brought ALICE in,” he said, “In my mind, I’m one-hundred percent sold on it.”

Last year, there were 372 mass shootings in the US. In these shootings, there were 1,870 wounded. Of these mass shootings, 67 of them were school shootings. “We give these shooters way too much credit,” Chief Woods said, “They’re just people who want to kill as many as they possibly can. They’re evil, why should we even mention their names? They are some of the lowest people on the face of the earth. I hope it never happens here, but you have got to prepare for it. And I believe this program can save lives.”

The ALICE program has already been presented to the various schools in the Gila Valley, along with the hospital. “I’ll venture to say within six months we will have it in place in Thatcher,” Chief Woods said.  However, Chief Woods believes that it will not only benefit the schools. ALICE can benefit the average American on the street. By being proactive, the average American can be educated and informed. We won’t let the terrorist win. We will not be afraid.

Statistics were found on bbc.com