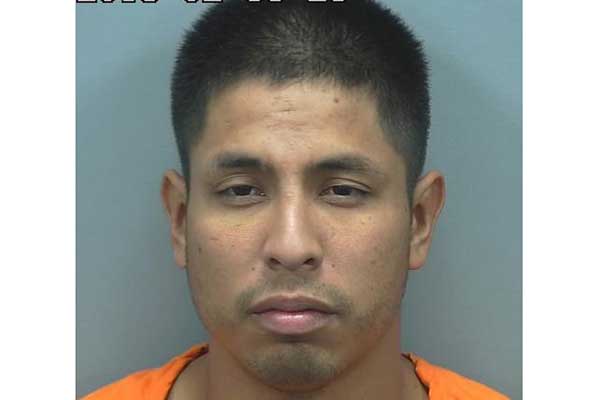 SAFFORD –  Officers were dispatched to a residence on 16th Street Monday evening when a woman reported that her neighbor witnessed a man enter her garage and ride away on a bike. The victim stated the garage was open because her children were outside playing. The woman was inside when it happened but through the video security system they were able to catch the incident on video. The officer viewed the video that showed the man entering the garage and leaving on a bike. The police showed the video to several other officer’s until one of them was able to identify the man as Joshua Merino.

When the officer was on patrol, he noticed a man walking at the intersection of Highway 70 and 1st Avenue that matched the description of Merino. The officer approached him and when asked, the man said his name was “Joshua Merino.” Authorities informed Moreno he was under arrest regarding a stolen bike and taken to the police department for further investigation. Even though the officer stated they already knew what happened but wanted to get his side of the story, Moreno denied taking a bike and said if he took the bike he would still be riding it. Moreno continued to deny stealing the bike until the officer showed him the video. Moreno then admitted he did steal the bike and explained he had recently become homeless and has been walking around for several days. He stated when he was walking by the house and saw the bike in the garage, he figured it would be a better way of getting around. According to the police report, Moreno was very remorseful and very sorry for stealing the bike. Moreno also explained he became afraid to be seen on the bike so he left it at the Safford Middle School in the parking lot near the cafeteria. Moreno apologized for lying and said he was just scared but was just trying to survive being homeless. The officer told Moreno its a good thing to be honest, because people can understand and are more willing to help someone who is honest and admits they made a mistake.

Authorities were able to locate the bike and return it to the owner. Moreno was booked into the Graham County Jail for second degree burglary.