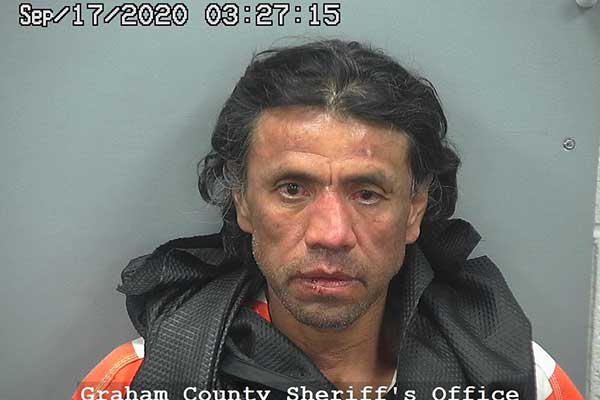 Safford police responded to Firth Park in Safford last Wednesday evening regarding an intoxicated homeless man using foul language and making threats. The reporting party told authorities that an extremely intoxicated man approached him and his family while at the park and was using vulgar language around his children. At one point the suspect told the father that he was going to kill him and pointed his hand in the shape of a gun.

The description of the suspect matched Jonathan Wilson, who was last seen walking behind the Valley Motel. Authorities made contact with Wilson and placed him in handcuffs. He was reportedly intoxicated and was taken to the hospital before being booked into jail.

Wilson became belligerent at the hospital and had to be restrained. Once cleared by medical personnel, Wilson was booked into the Graham County Jail.