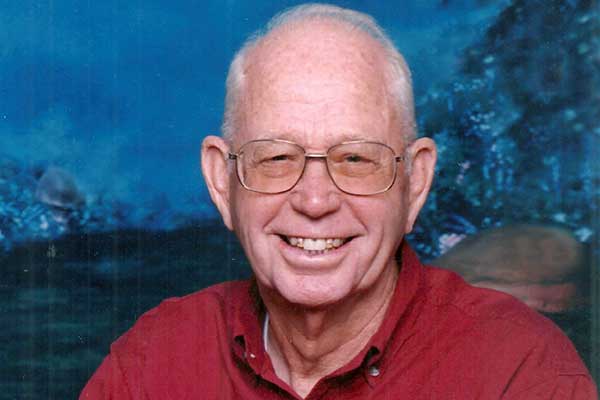 Robert Grant Howard was born February 28, 1932, to Enos Alma and Marjorie Reed Howard in the Graham home of his grandparents Robert Edge and Laura Maude Luster Reed. He was named after this grandpa.

He attended school in the Thatcher Public Schools. He graduated from high school in May of 1950. He then went on to attend Eastern Arizona Jr. College where he graduated with a two – year degree in 1952

Grant served a two – year mission in the Western States Mission for The Church of Jesus Christ of Latter-day Saints. He returned home in September 1954 and met Janice Rapier at the Handshake dance at EAJC. They married December 7, 1954, in the Mesa Arizona Temple.

After they were married Grant began farming with his dad and brothers Verdell and Zenos. During this time their first baby, Krisann, was born. After farming for two years Grant decided to return to school at the University of Arizona in Tucson, Arizona. During this time their second child, son Dale Grant, was born. He graduated in August 1958 with a Degree of Bachelor of Science in Mechanical Engineering

Grant went to work for Sandia Corporation in Albuquerque, New Mexico. At this time he was called to be in the bishopric and was ordained by Spencer W. Kimball.

Wanting to be closer to home the family moved to Morenci where Grant went to work for Phelps Dodge Corporation. He served in two bishoprics in the Clifton ward. They lived in Morenci for 8 years and then bought a house and farm in York. During this time they were blessed with two more children, Michelle and Jason Robert.

Later they bought a house in Duncan and were now in the Duncan ward. Grant served in the bishopric and then was called to be the bishop in 1981. He served as the bishop for 6 years.

The family moved back to Morenci a second time and then had their own home built on their 40-acre farm in Duncan. Grant worked for P.D. for 35 years. He became Chief Plant Engineer. He retired from Phelps Dodge in 1994.

After retiring Grant and Janice became temple workers in the Mesa Arizona Temple. They did this for 5 years. They also enjoyed traveling and had many enjoyable trips in their travel trailer.

His membership in the Church of Jesus Christ of Latter-Day Saints was always an important part of his life. Besides serving in bishoprics he served as Young Men’s President, served on 4 high councils, and served as ward mission leader.

In 2019 Grant and Janice moved to Mesa. He passed away on July 30, 2020, at his apartment in the Citadel with his family around him. He is survived by his wife, Janice, his children Kris ( Randy ) Norton, Dale ( Karen ) Howard, Michelle ( Mark ) Perkins, Jason ( Kerry ) Howard, 18 grandchildren, and 31 great-grandchildren.