With Proposition 206 beginning Jan. 1, roughly 800,000 workers in Arizona received a raise as the minimum wage increased to $10 per hour.

SAFFORD – Minimum wage earners across the state all received roughly a $2 raise per hour Jan. 1, as the new minimum hourly pay scale jumped from $8.05 to $10 after the Arizona Supreme Court denied delaying the voter-enacted increase.

Proposition 206 passed by 58 percent in the November election will continue to raise the minimum wage in 50 cent increments until it reaches $12 per hour by 2020. The proposition also requires employers to provide paid sick leave. Roughly 800,000 Arizonans received increases due to the proposition with an additional 937,000 getting paid leave.

Local business owners and employees in the Gila Valley view the future with uncertainty, however, and Gila Valley Central caught up with Graham County Chamber of Commerce Director Patrick O’Donnell, who weighed in on the upcoming obstacles and options. Coincidentally, the chamber hosted a lecture by Gerrick Taylor, vice president of government relations for the Arizona Chamber of Commerce, prior to the election. Taylor discussed Proposition 205 (legalization of recreational marijuana which failed) and Proposition 206. Taylor was adamantly against both.

“We think it’s going to accelerate automation,” Taylor previously said. “Raising the minimum wage in such a dramatic fashion makes hiring more expensive. It makes it harder for you to bring new employees into your workplace.” 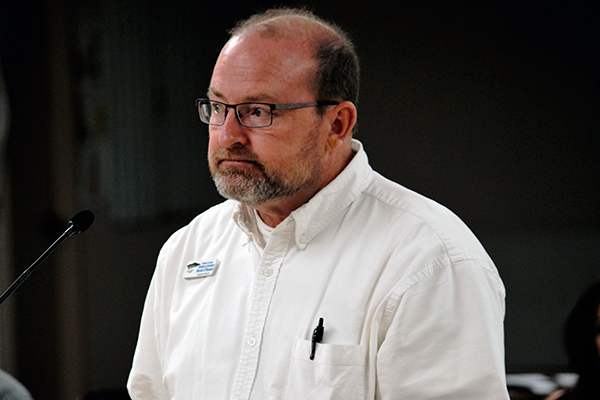 O’Donnell told Gila Valley Central that many of the local small businesses have already contacted him about the wage rise situation. O’Donnell said the mindset of the employers have taken on a new expectation of entry level jobs, requiring more of their workers.

“Immediately that entry level job is already worth almost $2 more an hour,” O’Donnell said. “The expectation is that the work needs to go up that much more.  Because the businesses are going to see that huge of a jump in their employee cost – because yes that’s almost $2 an hour, but on top of that you have the additional social security.”

For local businesses working on a delicate balance of low prices and keeping their employees paid, this year will be tricky. O’Donnell said many of the business owners who have talked to him about the wage rise said that they already had a heart-to-heart conversation with their employees.

O’Donnell also said the possibilities for businesses to acclimate to the wage rise were endless and that the delicate balance of employee, employer and price were different with every type of occupation.

“In the restaurant business, it’s even different because we have some people who have played around with the tipping and how does that play out? There are going to be people in the restaurant who get minimum wage and there’s going to be an increase for services but not at the same level,”O’Donnell said. “It’s an interesting dilemma.”

Another way businesses could manage the increase would be to backfire some of the intentions of the proposition by lowering full-time employees to part-time, and thusly hire more people but not have to provide benefits required of full-time employees.

Still, there are businesses that manage to pay their employees well while keeping prices low, such as the instance of Big Box retailer Costco, which starts new employees at $13 per hour and the average employee wage is $22.50 per hour.

Part of the reason for being able to pay its employees more is where the business puts its money.  While Costco paid its current CEO Craig Jelinek about $6.5 million in 2016, which is a haughty increase over co-founder and longtime CEO Jim Senegal’s $350,000 yearly paycheck when he retired in 2013, that number pales in comparison to other CEO’s of like-branded companies. For instance, Douglas McMillion, CEO of Walmart, which notoriously has attempted to thwart wage increases and benefit packages, made about $19.8 million in 2015, which is nearly $9,400 per hour.