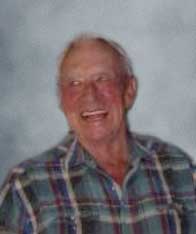 Gordon L. Phegley or “Spike” as he was known by many, a resident of Fort Thomas and a Korean War United States Army veteran, entered into eternal life Tuesday evening, May 26, 2020, at his residence, following a battle with cancer. Spike was 84.

Spike was born and raised in Thatcher. He attended EAC and the U of A, where he excelled as a football player.

He served a tour of duty in the Army during the Korean War, never going farther than California. Shortly after, he found his home in Franktown, Colo., where he found his love for living on the land and long haul trucking for Coors and King Soopers. He found his way back to Fort Thomas, where he worked for Smith and Bell Construction.

Spike was also a master gardener. He loved being outside, riding his tracker, mowing his lawn, growing vegetables, nuts, fruits, and whatever else he could try his hand at. Spike was a man who started working at the age of 8. The first thing he purchased was a kitchen table and chairs for his mom. He never grew tired of working and was always up early to greet the day, feed the birds, and ride his tractor even at the young age of 84. He will be greatly missed by his family.

Spike was preceded in death by: his mother, Dora Allen Phegley.

Graveside services for Spike are currently pending and will be announced at a later date.

The family thanks Haven Hospice and their wonderful hospice nurses, and Dr. Montierth for his compassion and dedication to his patients. Donations in Spike’s memory are suggested to St. Jude’s Children Hospital.