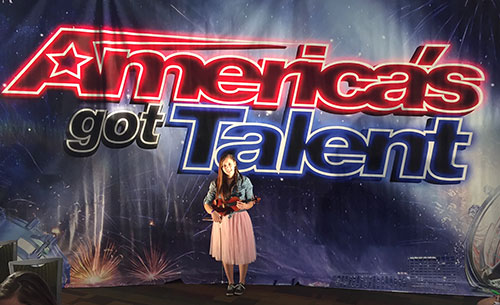 Two teens from Thatcher recently auditioned for the popular TV show, “America’s Got Talent.” Lexi Lopez and Samuel Siminoe traveled to the Phoenix Civic Center in January for the audition. Lopez performs in a band called, “Porter’s Ghost.” She sings and plays the violin in the band which consists mainly of family members. Siminoe is a local magician who has performed around the valley for several years. Watch the video’s below to learn more about Lopez and Siminoe.