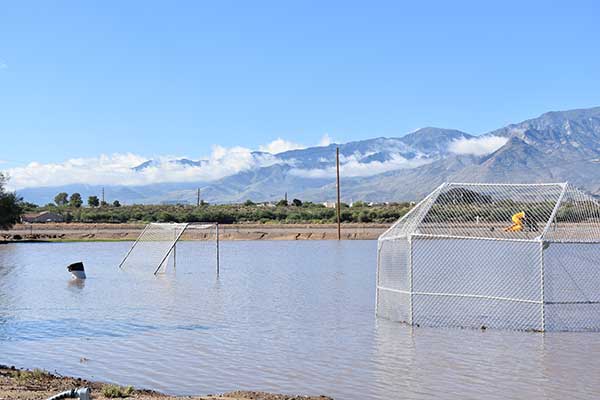 Rain hit Graham County with plenty of force Wednesday night, flooding streets in Safford, Thatcher, Pima and outlying areas. Graham County law enforcement agencies were inundated with reports of flooding on city and county roadways. Water flowed across areas of highway 191 south of Safford as rain flowed down from the mountain, flooding washes and gullies.

The rain caused some unusual problems in the border town of Nogales. On Tuesday afternoon, Mexican authorities received reports of two men had been swept away by flood waters from Sonora Mexico to the United States side of the border. Nogales, AZ police found the body of one of the men. Neither of the victims have been identified.