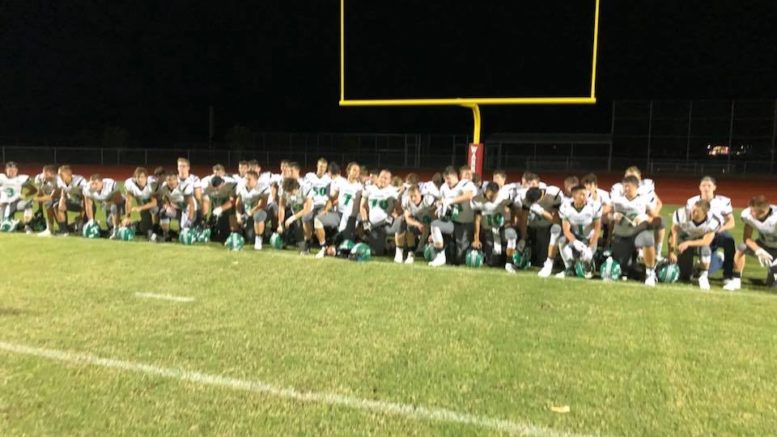 For the second straight week the four Gila Valley football teams went undefeated. Combined they have rolled off 8 straight victories in blowout fashion.

When this game was scheduled it was circled as a rematch of last year’s State Championship game. It didn’t live up to the hype however as Thatcher dominated from the opening kickoff to win 48-6. That is the 12th straight win for the Eagles dating back to October 2017. Quarterback Jack Kortsen ran for 4 touchdowns to lead Thatcher. Seth Lunt blocked 2 punts that set up great field position.

The Safford Bulldogs may have the biggest turnaround in the state at any level. After starting the season 0-3 the Bulldogs have put up 54 and 48 points in their last two game – both wins. Friday, Safford took out the Florence Gophers 48-19 making them 1-0 in the 3A South. More impressively the Dogs have done this without starting QB Mason Duros. Jerrick Aribizo has stepped in and led them to both wins this season.

The Fort Thomas Apaches kept rolling with a 58-14 win over Valley Union. The Apaches have yet to be tested in any of their wins. They still need to complete their suspended game with Salome. That game will be played early in the week to get it completed. Fort Thomas will then have another game on their regular Friday. It will be interesting to see how this schedule change will affect the Apaches.

Pima Head Coach John Bryant takes full responsibility for the 0-2 start for the Roughriders. He said he didn’t have the right players in the right spot to win games. After making some personnel moves, they are 2-0 with two blowout victories, both on the road. Last week they beat Bisbee 46-20 and followed it up with a 52-12 win over Tombstone. They have a big match up with Thatcher next.