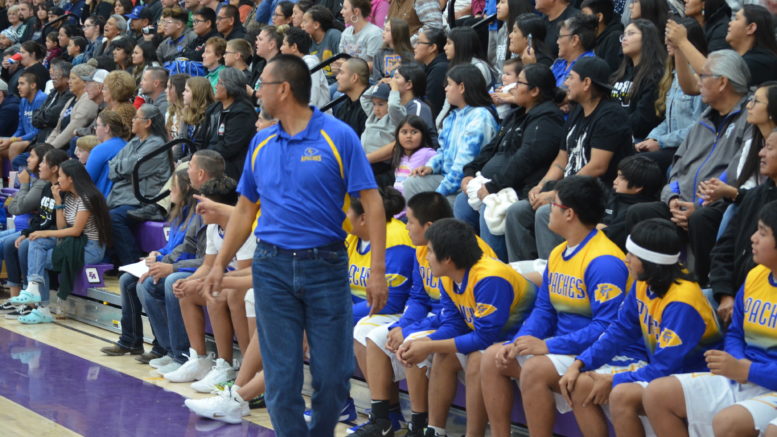 THATCHER — It was an overflow crowd Tuesday night at Guiteau Gymnasium for the evening session of the 57th Annual EAC basketball tournament.

In the first semi final the #2 Fort Thomas Apaches beat the #3 Safford Bulldogs 63-53. The Apaches led 11-8 after the first quarter but Safford went on a huge second quarter run to take a 30-27 halftime lead. The Bulldogs offensive surge was led by Christian Smith with 10 points, nine of which came from behind the arc. 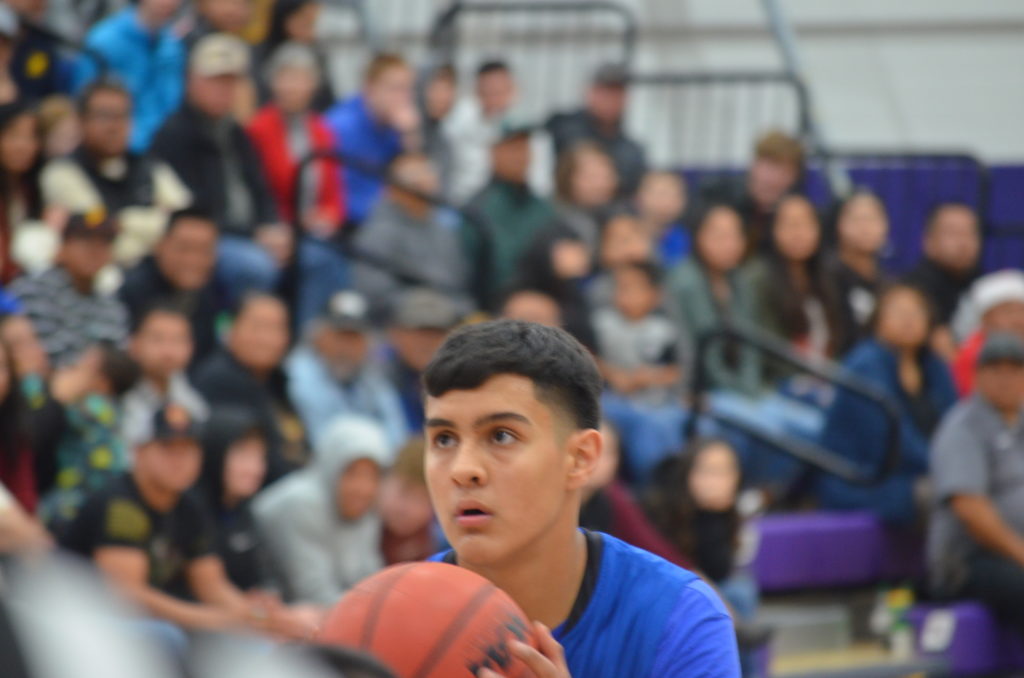 Fort Thomas responded in the 3rd quarter with a 19 point quarter. They were led by Brad Johnson’s five points to regain the lead 46-44. The Apaches stepped up the defensive pressure in the 4th quarter and held Safford to just 8 points while pouring in 17 to take the win 63-53. Latrell Titla led Fort Thomas in scoring with 16 and Johnson poured in 15. This will be the Apaches’ first championship appearance in 20 years. 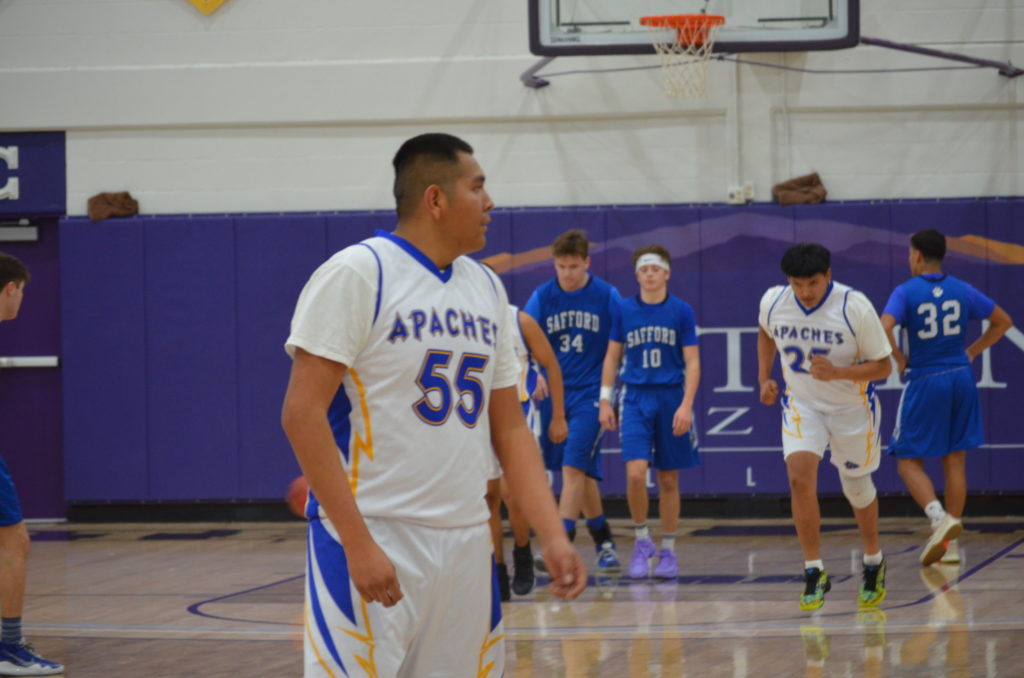 Latrell Titla gets instruction from the sidelines against Safford Tuesday.

In the late game Thatcher outlasted the top ranked Pima Roughriders in overtime, 56-48 to advance to their 2nd straight championship game. The Eagles used the sharpshooting of Michael Greer in the 1st quarter to take a 18-14 lead.  Pima came to life in quarter number 2 and held the Eagles to just 9 points to take a 32-27 halftime lead. 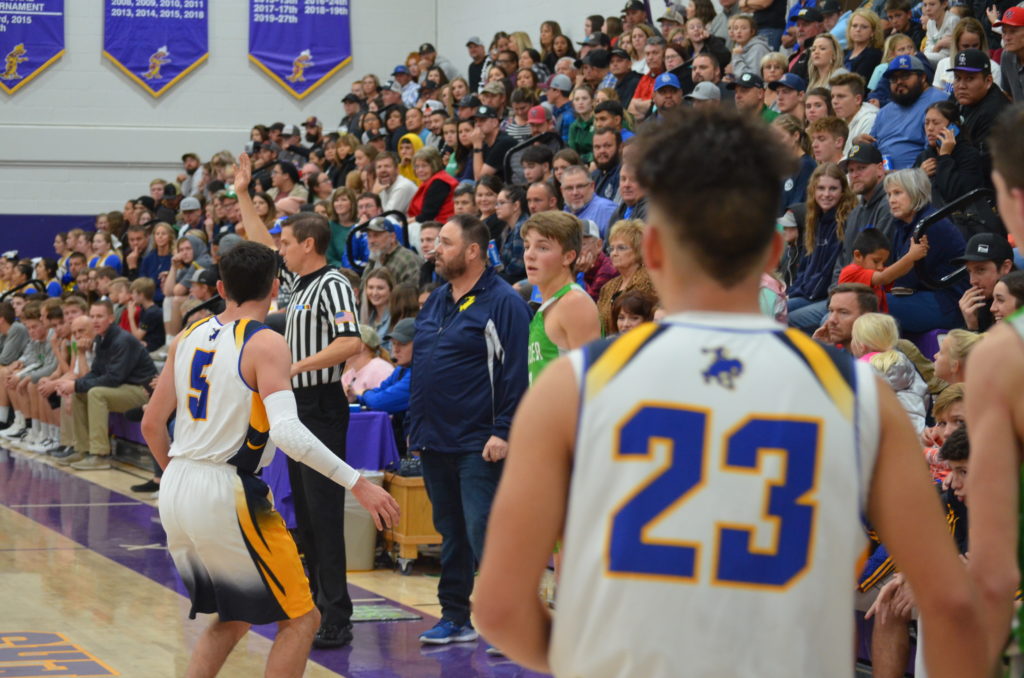 The two teams matched each other in scoring in the 3rd quarter with 11 apiece and the Roughriders maintained their slim 5 point lead. The Eagles outscored Pima 9-4 in the 4th quarter to even the game at the end of regulation. Thatcher freshmen Bradley Curtis scored half of the team’s 4th quarter points to power his team into overtime. In the extra period Curtis and Brandon Napier were both perfect from the foul line and scored 6 of Thatcher’s 8 overtime points to ice the game. Napier led the Eagles with 16, Curtis added 11.  Drew Thompson led Pima with a game high 18 points. 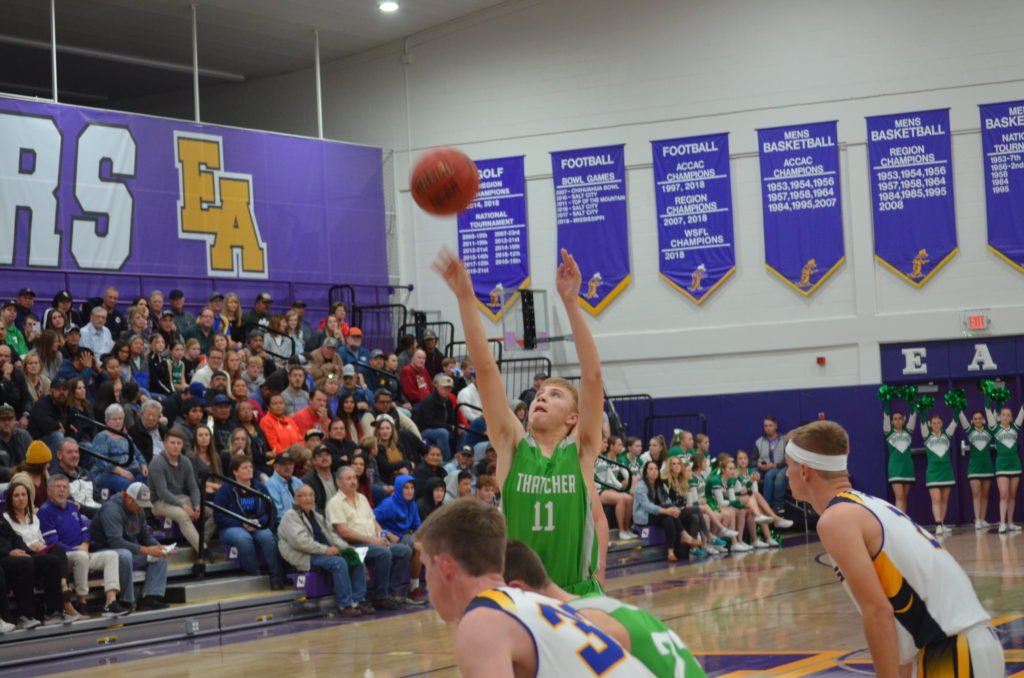 Thatcher Freshmen Brandon Napier hits one of his team high 16 points against Pima.

Pima will play Safford for 3rd place. The Championship game will be at 8pm tonight and can be heard on KATO 1230 AM or online by clicking here.