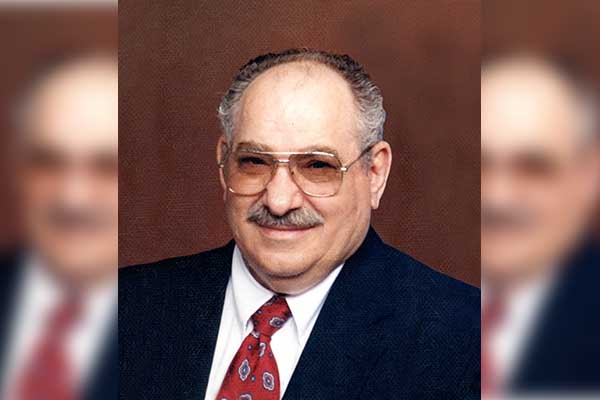 Floyd Chester Misak, a resident of Pima and a United States Army veteran, entered into eternal life Thursday afternoon, June 13, 2019, at his residence. Floyd was 80.

Floyd was born in St. Louis, Missouri on November 25, 1938. Soon thereafter, as a tiny infant, he was moved to Tucson where he was soon adopted by Edith and Fred Misak. He grew up in Safford, spending many hours at the family variety store on Main Street. Following his graduation from Safford High School, as part of the class of 1956, Floyd enlisted in the United States Army. Soon thereafter he met Mary “Ginny” Allred. They were married on July 10, 1959 in Tucson. As Floyd was stationed at Fort Bragg, North Carolina, Ginny and he began their young family. They were blessed with the birth of a son, Frank, in 1960. Following an honorable discharge in October of 1961, Floyd and Ginny returned to Arizona. Floyd quickly gained employment with Phelps Dodge Mining Corporation where he worked as a railroad engineer. In December of that same year, they were again blessed with the addition of a baby girl, Christine. Floyd continued his work at the mine until relocating his family to Utah, as he obtained work the Union Pacific Railroad as a clerk and later as a dispatcher. His career with Union Pacific would continue until 1991. In 1991, Floyd took on work with the Denver and Rio Grande Western Railroad. With this, he and Ginny moved to Azle, Texas where he would work until his retirement in 2000. Floyd was an active member of the Church of Jesus Christ of Latter-day Saints, having been baptized in 1978. He and Ginny were sealed in the Sat Lake Temple on July 10, 1979. Throughout his lifetime Floyd served in the church in various capacities including, Bishop, Bishop’s Counselor, Ward Clerk, Ward Mission Leader and as an ordinance worker in the Mesa Arizona Temple. Floyd valued deeply his relationship with his family. He instilled in them the values of faith, hope and charity. He was always a source of support and understanding and demonstrated unconditional love for them all. Floyd was a dedicated to his wife, Ginny, their love transcends this world.

Floyd is survived by: his beloved wife of 60 years, Ginny, of Pima; his children, Frank, of Salt Lake City, Utah, Christine Caruso (Pete), of Bountiful, Utah, Aaron (Tammy), of West Jordan, Utah, Tom (Gina), of Pima, Mary Wray (Layne), of Idaho Falls, Idaho and Jennifer Violand (Randy), of South Jordan, Utah; fourteen grandchildren; and four great-grandchildren with one on the way; his sisters-in-law, Norma Boyd, of Pervis, Mississippi, Marilyn Healey, of West Valley, Utah and Tanna Matthews, of Las Vegas, Nevada; and a brother-in-law, Scott Allred, of Safford. Floyd was predeceased by: his parents, Edith and Fred; a brother, Earl; a sister, Myrna Nebel; and two grandsons, Matthew and Max Wray.

Funeral services for Floyd will be conducted Saturday morning, June 22, 2019, at 10:00 a.m., at the Church of Jesus Christ of Latter-day Saints Pima Stake Center by Bishop Than Ashby of the Pima Third Ward. Concluding services with military honors conferred by the Gila Valley Veterans Honor Guard will follow in the Pima Cemetery.

The family will receive friends Saturday morning, June 22, 2019, from 9:00 a.m. until 9:45 a.m., at the Church of Jesus Christ of Latter-day Saints Pima Stake Center Relief Society.