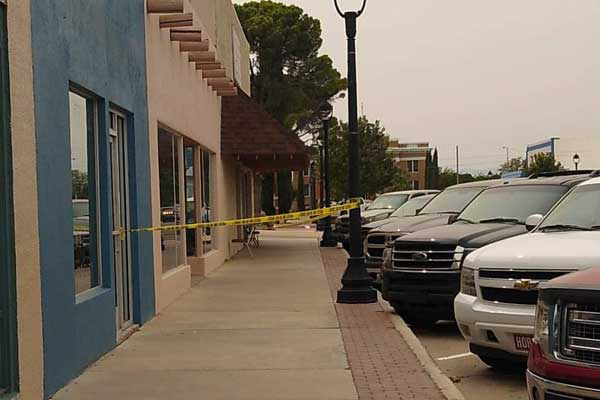 The FBI blocked access to two buildings on the 600 block of Main Street in Safford in September as part of an ongoing investigation into PPP loan fraud. - Contributed Photo

SAFFORD — The FBI is in Safford but for what reason, the agency is not saying.

Gila Valley Central reached out to the Phoenix office of the Federal Bureau of Investigation about the local activity, and was told by Brooke Brennan, public affairs specialist, “The FBI is executing search warrants as part of an ongoing investigation. No arrests were made. Because this is part of an ongoing case, no further information will be released at this time.”

Buildings on the 600 block of Safford’s Main Street have been blocked off by the FBI’s caution tape and traffic was diverted roadway.